No – I did not stay up all night.  True, I got to work on time last night by the skin of my teeth.  A phone call to announce I’d been searching for my missing keys seemed appropriate.  Granted, the keys were only missing for about five seconds.  But at least I didn’t lie about it.

Four hours of work was fine.  I concentrated well on the job, when called for.  I was unusually silent during dinner hour — and I’m sure you all know why.

As soon as I got home, I grabbed my laptop and headed to the Bagel Shop.  There I remained until the first rush of drunken students arrived.  I returned to my room, and wrote till midnight.  As the clock struck twelve, I gave up.  I had been belaboring the end of the Act for so long to no avail, I’m sure all the Muses were snoring in their sleep from boredom.  Soon, I was snoring too.

And it’s a good thing.  I got up at around 4am, took my thyroid medication, drank some water, did some reading, made some coffee, called a friend, and finally braved the unknown.

Then, what didn’t happen last night happened this morning.  It was uncanny.  It’s a rare experience, and very difficult to describe.  The same experience occurred when I wrote the Siddhartha Monologue, and the lyrics to “Midnight Screams.”  The rush of creative fire ripped through my bloodstream.  It practically burned through my pores.  As I wrote the “oracle” that my protagonist, Winston Greene, is supposed to be “receiving” at the end of the Act, it was as though I myself were receiving it — from somewhere.   It couldn’t have happened last night, either.  Last night all I did was stare brain-dead at the page.  It must have happened when it was meant to happen; for this morning, I was on fire. 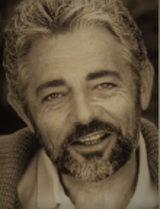 Honestly, I got so excited when the final verses of the song came about, I could barely focus to write.  Mercifully, I was able to contain myself just long enough to finish the Act.  At that, I heard the voice of my Theatre Arts mentor, the late Tom McKenzie, clearly saying what he no doubt would have said to me at that moment – God rest his soul.

“And now, it’s time for you to put it aside for a while.”

This calls for a glass of wine.

5 thoughts on “Done with Act One!”