For anyone who may have been following my recent journey, I must say that as I attended church for the first time today as a mere parishioner, and not a paid employee, I was blessed far beyond my expectations.

It was refreshing not to have to be worried about what was supposed to come next in the order of worship, but only to sit in the pews and soak it all in.  I found myself focusing on the language in the prayer of confession, the hymns, the sermon, and all other aspects of the service.   When I still had the job, all I could do was nervously worry about what was going to come next.   Would I wind up in the wrong key?  Would I play too fast, too slow, too loud, or too soft?   Was I about to be heavily criticized for my failings after it was all done?  Or, even if they were to compliment me, were they complimenting me for the wrong reasons?  In short:

Did I come across more like a musical theatre or pop-contemporary accompanist, or worse yet, a lounge lizard, in the sacred context? 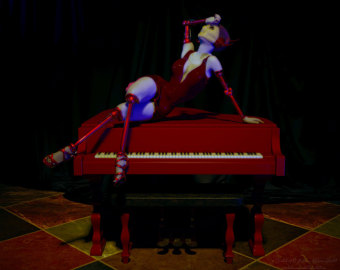 My God – my anxiety increases as I even indulge the memory.  Be that as it may.  The “good news” is that I was very blessed to be a simple participant.  I also was freed up to attend a book study before the service, where only six people were present.  Moreover, I can go to another book study on Wednesday evenings when the Choir would have rehearsed.

I’m a little concerned about the substantial decrease in my monthly cash flow — but not too much.  It seems to me that I was living high on the hog to begin with.   I’m used to living on almost nothing at all.  Suddenly having even a little money left over after paying the rent was almost too much for me.  Ah – but I hyperbolize.  As someone said this morning, there is probably a better job in store for me.   All I need do is look.

So, I just wanted to submit a brief blog to share the glad tidings.   I’ll now return to my Writer’s Guild meeting.  Ta ta for now.