There are a number of unpublished and/or recently deleted posts sitting in a folder on my desktop.  I could at any moment publish any number of such posts, but I disdain because I don’t want to be perceived as vomiting on my readers.   However, I do think I ought to make some kind of communicative statement as to why these as-yet-unpublished or no-longer-published posts exist.

Recently, I gave up writing in an online diary I have kept, in one form or another, since 2002, almost fifteen years to this day.  When I began the online diary, I had only been online for about three years.  The Internet was still new and fascinating to me.  I ran across a site called DiaryLand, where I quickly observed that people were actually publicizing all the details of their inner daily weirdness.  This intrigued me.  In some cases, they would code-name the true identities of people and places in their lives, so as not to be “found out.”  In other cases, they would utilize the option to “lock” the diary, and have it be password-protected.  That way, one could be more lenient about their location and the basic first names of their associates, but the readership would be restricted only to those who could be trusted with the information. 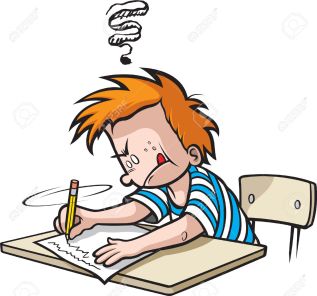 Eventually, I opted for the latter.  At the time that I left the diary site, approximately one month ago, there were only five readers with permissions to read my diary.  I was pretty sure I trusted them all — but that was no longer the critical issue.  The issue became my dependency on the diary, and in particular, on the dubious practice of letting off steam or “ranting” whenever I felt a need to work through my frustrations.   While it might have been healthy to “rant” in the short-term, it seemed actually to further my anger issues in the long run.  I basically had become addicted to letting off steam.  In other words, my online temper, through the medium of this online diary, took on a form that was much more furious than whatever temper I might have actually been displaying in real life.  Many times, I showed not the slightest bit of real-life irritation while I proceeded to rage online over how badly I wanted to give somebody a piece of my mind.  In fact, it started to feel as though the diary had become the venue where fits of temper could be safely and legitimately performed.   Still, it seemed a performance of questionable box-office value, if you ask me.

It wasn’t just the ranting that eventually got to me.  It was the hyperbole — all the dramatizing I would apply to the details of my life.   It seemed I had an Artist’s need to make the situation somehow more engaging, more compelling to a readership than a mere, dry diary could ever possibly be.   So naturally, I asked myself why I should not apply all those devices to my real writing?   It just seemed I was barking up the wrong tree.

Because the Internet was fresh and exciting in the year 2002, I jumped right onto the online-diary bandwagon, at a time when the word “blog” was almost unknown in the common nomenclature.   The online diary did shape my attitude toward blogging, but I would never have gone for it if it had arisen in my life today.  It was the novelty of the Internet that was at the core of its appeal.   Because I understand this now, I am able to keep my commitment not to return to the site, no matter how addictive I found it to be.  The Internet is simply no longer a “novelty,” and so a decision I made on that basis no longer applies.

This has, however, left a void.  So, if you have found that I am posting a bit more often than usual, know that I’m in the process of trying to fill a void.  This might also cause some of my posts to be more personal than earlier.  Be that as it may.   I found that when I wrote on DiaryLand about my creative work, very few people responded favorably.   People mainly wanted to hear things more along the lines with of my crush on the lady cab driver, which bills I was postponing paying for what reasons, or how much progress I was making not trying to scratch the scab off the top of my head.   I do miss discussing such mundane topics – but as they say, there’s a time and a place for everything.   It just seemed like – it wasn’t the time or the place any longer.  It was only an old habit — dying hard, as do they all.

Ah well – I’m about to attend somebody’s graduation party.  I did manage to engage the interest in the young woman Aubrey whom I mentioned may be singing on my demo.  I also forged ahead to Version 2-M of my Long Version, before I realized that it had basically peaked on Version 1-Z, the presently posted rendition.   I feel like I’m moving a bit too slow — on this demo project, and everything else.  There’s too much precognition going on, and not enough action.  This makes me restless.  But otherwise, it’s six o’clock on a Sunday evening in the city of my dreams – and all’s well.