A young Hispanic lady named Maria used to come sit across from my Spot about five or ten feet to my left.  Repeatedly, she would accost passersby, shouting “Fifty cents for a soda?  Fifty cents for a soda?”  At first it annoyed me, because it’s what we call “spange-busting.”  I was there first, and here she’s stealing my business with aggressive tactics.  It was especially annoying, being as I was determined to remain silent throughout my entire sign-flying tenure — partly so that I would never come across like she and others did, constantly invading the space of innocent bystanders.

After a while, though, I developed something of a heart for the poor young woman.  She obviously had some kind of mental health diagnosis of the more severe variety.   Schizo-affective disorder maybe, or dissociative identity disorder, perhaps, or maybe paranoid schizoprenia.  She would break into different accents and identify herself according to different names, some of which belonged to fictitious entities with extremely interesting personalities. It made me wonder if she had done a lot of musical theatre at some point in her past. 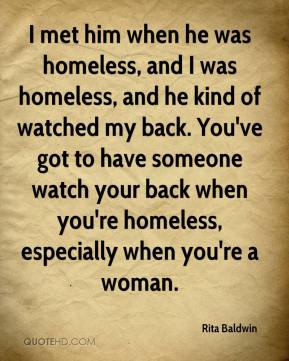 By and by, perhaps sensing my budding affinity for her eccentricity, she began to call me “Dad.”  She would hop off the bus, see me sitting with my back to the wall, and smiling, shout out: “Hi, Dad!”  How sweet, I thought.   She certainly wasn’t a bad looking young lady, either.  Perhaps having her “dad” nearby would afford her some measure of protection from the local wolves.

One day, I was fortunate enough to have the opportunity to fulfill that very role.  A young man approached Maria flirtatiously, and proceeded to come at her with all kinds of odious pick-up lines.  Maria turned her head toward me as though to convey that she was in trouble.  We made eye contact, her fear meeting my concern.   Finally, breaking the silence, Maria scooped all the money from the cup beneath her feet, saying:

“Hey Dad, I’m going to the grocery store.  Do you need anything?”

At that, she scurried off, and the young lad turned to me with a look of shock on his face.  Approaching me, he spoke sheepishly:

I glared at the fellow with a disapproving look in my paternal old eyes.

“Maria and I are not biologically related,” I explained.  “We do what we can to take care of each other on these streets.”

“Oh, I see,” the young man replied, taking a few steps back from me.  Then, turning his head from side to side as though to scan the neighborhood for possible friends of mine, he shrugged his shoulders and headed off up Allston toward the University.

I looked to the right.  Maria was coming back from around the corner.

She dropped a Hershey bar into my hat and took her seat.  The sun was setting on another beautiful evening in the city where I belonged.