“I don’t have money or food,” said the man, smiling.  “But I’ve got something you’re gonna like even more.”

“What’s that?” I asked him, looking up from my spot.

I remember how happy the man looked when he saw the joy in my face.   After all, I came by food almost every day down there.  If I didn’t, there was something wrong with me.  It’s pretty easy to keep eating in a town where they offer thirty-free free meals a week to whoever’s willing to walk to the meal site and wait in a line.

And money?   Seventeen dollars a day was my quota.   Barring the unforeseen, it met what I needed to get by from one day to the next fairly comfortably.  Everybody figures a beggar needs money or food.   But a pair of socks?  Was this guy psychic or something? 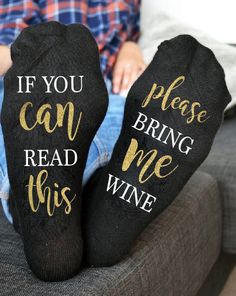 Maybe he’d just been around.  Or perhaps he was smart. If you stop to think about it, it won’t take long to figure out how difficult it can be for a homeless person to come up with a clean pair of socks on a regular basis.  Socks were like gold down there.  But people usually didn’t stop to think farther than the basics, if they even bothered to think about us at all.

And I tell you honestly: shoelaces were the worst.  Wearing dirty socks from day to day was one thing.  Going two weeks without shoelaces was quite another.  I would essentially be immobilized.   Days on end would pass me by.  Somehow I could never squeeze the simple expenditure into my “shoestring budget” (no pun intended.)

I got tired of opening my mouth toward people who lived indoors.  We were in such incredibly opposite worlds, it seemed communication was impossible.   I wished we would talk about anything other than my problems, my difficulties in life.  Not that they didn’t care (although a lot of them didn’t.)  It was just that, they didn’t understand; and after a while, it seemed impossible trying to get anyone to understand — if they even listened (which a lot of them didn’t.)  Not to mention, in the rare event that someone “understood,” what could they do about it?   Let’s talk about something other than Andy’s problems, please.  Just once.

“I wrote a song yesterday,” I would venture, meekly.  “Want to hear it?”

“A song?!  You must be out of your mind!   That’s your whole problem right there — that you would have let yourself deteriorate into this God-awful position, and there you go wasting your time writing music!  No wonder you’re still on the streets.”

Everything somehow would get turned around to the topic of my “problem.” Whatever my problem was, this elusive “thing” that had somehow “made me homeless” — it was all that was supposed to be on my mind, at any moment.  I suppose if I had been a sports fan it might have been easier.  Surely they’d let homeless people talk about the Super Bowl, wouldn’t they?  If not the San Francisco Symphony??  But somehow it never came about.

Where was the respite I so wished for?  The breather for which I longed?   The break from having to dissect and devour myself over what could possibly be my “problem” — other than the obvious fact that I didn’t have a roof over my head — where was it?  That moment of oasis, that moment of reprieve, was as elusive as the inexplicable problem itself.   If I couldn’t get anyone to understand what the problem was, try making any headway toward its solution.  As soon as the subject of homelessness arose, unless I were talking with another homeless person, all bets were off.

I would speak my simple truth, and people would look at me quizzically, dumbfounded, as though the words I had just spoken were somehow verboten, somehow not to have been spoken, and not to be addressed.  But if I had said the same words to another homeless person, their response would be more like this:

“Yeah, I know what you mean.  Same thing happened to me the other day, only it was with Officer Forbes.  But I was sitting there, same thing as you, same exact scenario.”

It got to where I felt as though a homeless person could recognize me two blocks down the road, somehow sensing in my emanating vibration a kind of kinship or partnership that didn’t just emanate from every guy on the block.   On the other hand, I’d be sitting with a non-homeless person in a McDonald’s on a rainy morning; and if I were lucky enough to be talking about Ravel or Debussy rather than how hard the weather must be on all the homeless people right now, chances are the person would never even have guessed I was homeless.   Usually, they didn’t find out till another homeless person came in and joined us.  After a while, they would detect a rapport that had been absent earlier, and they would turn to me and ask:

The very question I had hoped not to hear!  I had so been enjoying talking about classical music with somebody neutral.  For a brief period of time there, I was neither one of “us” nor one of “them.”   I was merely a guy in a conversation over a morning cup of coffee at a Mickey D’s.

It always seemed as though the things that people would assume were the big negatives in the homeless experience were never the things that we ourselves thought were so negative – we being the people who actually were homeless, who lived that way 24/7, and who would naturally would be familiar with all the ins and outs of it.   Of course, perceptions about the homeless phenomenon varied from one homeless individual to the next – and sometimes even from one moment to the next.  But in general, if someone were to ask any of us what bothered us the most about being homeless, we would unhesitantly reply:  “The way that we’re treated.”

Yet usually that was the last thing on anyone’s mind, when they stopped to think about homelessness.  The first thing, of course, had to do with the weather.  The weather?  Yes, you heard me.  The weather.  Naturally, the weather must be the big difference, if one is living outdoors, rather than in.  Logically!

But let’s dissect this for a moment or two.  How much did weather conditions bother me, on a day to day basis?   Outside of the occasional thunderstorm, really, not much at all.  I remember freezing for the first three weeks or so, having all these uncontrollable chills, every time I woke up.  It seemed it took forever to get warm in the morning.  But then, after about a month, where had all the freezing gone?  It had gone the way of what we used to call “body armor.”  It’s this thing your body does to protect you.  I suppose you could still die of hypothermia when you don’t happen to be feeling the cold, but there’s something to be said for not feeling it, too.  One less thing to rattle you, in a world where you’re constantly rattled.

All that we really ever wanted down there was to be treated with respect — the same way that we tried to treat others.   The way we were brought up, maybe.  Something having to do with the Golden Rule, or principles of etiquette, or common courtesy.   We felt that we had lived by the Law of Respect throughout our days.  We had not engaged in cut-throat competition in order to prevail over others, to secure a better paying position, or some better post in the scheme of things.  We had instead loved our neighbors as ourselves, and had often sacrificed a perk of our own for the joy of seeing it granted to another.   And where had it gotten us?

Maybe it was too much to expect respect from a world that had grown so deeply divisive and cold.   Those who didn’t show respect for us probably showed little respect for anyone else either.   Maybe they weren’t all brought up with the values that, prior to twelve years of homelessness, I had always taken for granted.   Or maybe they had tried those values, and found them wanting.  Maybe they knew how to stay off of the streets of San Francisco.  Maybe they had learned how — possibly even by looking at us.

By contrast, there was something charmingly simple about the man’s approach, when he somehow knew that what I really needed was a decent pair of socks.  Socks are pretty expensive, after all.  He could have just bought a pair for himself, then come out of that store realizing there was a guy sitting there who probably needed those socks more than he did.

God bless him.  I hope that kind of thinking doesn’t land him homeless as well, like it seems to have done for me, and for many others.  I could tell from one look at the guy, he’d have an awfully hard time pulling out of it.