Earlier this evening on Quora, somebody asked me if there were any particular habits left over from my homeless years that I was having a hard time shaking.  Being as I completely spaced out my Thursday blog on the homeless experience, I figured it was timely.  So I blasted out seven off the top of my head.   And believe me – it’s the tip of the iceberg.

(1) Until very recently, I had to imagine that I was still homeless every time I lay down to go to bed at night. Somehow, picturing one of the outdoor settings where I used to sleep, seeing the familiar sights in my mind, imaginging the sounds I would hear at that time, was soothing to me. (I’ve actually broken the habit, but it’s taken some work. For the past month or so, I’ve been able to get to sleep without having to imagine that I was still homeless.)

(2) Embarrassingly enough, I still haven’t bought a pair of undershorts, even though I’ve been living inside for almost two years ago. A lot of us men who were homeless discarded our underpants right off the bat, once we realized how impossible it was to keep buying them and/or keeping them clean.

(3) Equally embarrassing, I have a hard time changing into pajamas or anything “night-like” before I go to bed. Often I just sleep with my pants and socks on.

(4) Although I’d like to get back into the habit of showering daily like I used to, it just hasn’t happened. When I was homeless, weeks would go by without my hitting an actual shower. Now I have my own shower and tub, but I still only shower about once or twice a week. I still do a lot of rinse-offs in sinks like I used to have to do when I was homeless. 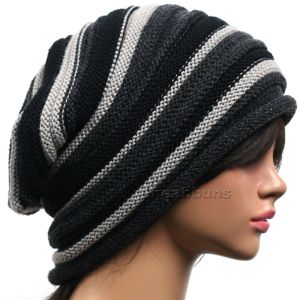 (5) I almost never take my “security beanie” off of my head. In the summer, I have to wear a baseball cap. Even though I have a regular barber now who recently gave me a very decent haircut, I have a hard time taking off my beanie unless I’m in the shower. I even asked the pastor if it was okay to wear it in church.

(6) Having a hard time shaking the habit of cussing like a drunken sailor (at least at moments, when triggered by this-or-that). This is interesting, because I never used to cuss hardly at all before I put in twelve long years on the streets. And that bugger is not going away too easy.

(7) Suspicion of people in general, of their motives, was greatly increased when I was on the streets. Having a hard time shaking it, and regaining trust.

That’s enough for now.  As I said, there are many others.  And while some of these are pretty problematical, there has been a positive value to listing them like this. Maybe now I’ll see fit to do something about them!  I mean —  I do brush my teeth, you know, and shave, and wash my clothes, you know.  So I have gotten that far, but — what can I say?  Perhaps it’s time I raised the bar a little bit, don’t you think?