Not that I’m big on resolutions.  December 31st would be just another day of the year for me, were it not for the fact that it marks the end of this horrible farce of a holiday season some dare to call “Christmas” which has absolutely nothing to do with the birth of Jesus on any level.

If one is impoverished, which the vast majority of Americans are today (let’s face it) one has to endure long periods of time when all resources for food close down, while facing maddening photos of lavish gifts and expenditures on sites like Facebook, and the knowledge that even supportive friends of theirs are suddenly on “holiday” – taking vacations, flying to distant States and countries, when most of the gratitude we can muster is in the fact that we are not yet (or no longer) having to beg for change or fly a sign on a busy city sidewalk.   To make matters worse, if I even propound these simple truths, I am accused of being “negative” in a society that has come to confuse that which is positive with that which is denial. 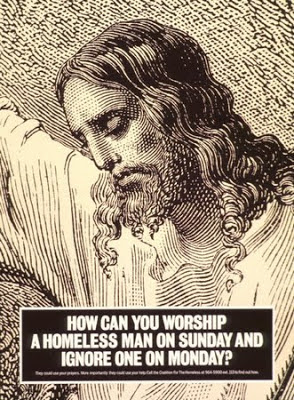 To overlook the suffering of the multitudes in favor of indulging the pleasures of the few is not a “positive attitude.”  It’s an attitude that neglects the suffering of those in need in favor of indulging the worldly pleasures of those who can afford to do so.  If one doesn’t believe me, take a look at how Jesus behaved throughout the three years of his ministry on Earth.  He continuously supported those in need, hung out with them, and fed them without reserve or qualification.  And he railed against the ruling establishment of his day.  Were he to return to America in similar form today, he would no doubt be chided for having a “negative attitude.”  So come on, peeps.  Let’s get real for once.

All that ranted, I will now return to the subject (which by the way, I never began in the first place).

As I was saying, I’m not big on resolutions.  However, I would like to state a commitment I’ve made for the year 2019.  Today being excepted (due to laryngitis),  I will do my best to adhere to the following blog schedule:

Wednesday — a speech
Thursday – a substantial blog post
Friday – a musical offering (probably piano, maybe singing too)
Saturday – a day of rest (observing the Sabbath)
Sunday – a Scripture quote (or information from other spiritual literature)
Monday – a gratitude list
Tuesday – the “Tuesday Tuneup”

If I did make a New Year’s Resolution, it’s pretty much been stated in Tuesday Tuneup 36.  This is a mere addendum.  I’ll also do my best to get them all posted at 7:30am PST.  So – voilà my resolve.  Let’s hope it sticks.

I’ve got a lot to say, and there’s a need to redeem as much time as possible in this fallen world, for the days are truly evil.  Let’s get it together, America — before it’s too late.