This is one of a series of pieces written on request of Alastair Boone, the editor-in-chief of the social justice newspaper, Street Spirit.

Our society seems to be obsessed with putting people into boxes. Rather than take the time to actually get to know an individual for who they are uniquely, we like to make snap judgments about them according to their appearance. For example, if a man is seen flying a sign on a sidewalk, we think: “That guy’s a lazy bum.”

But what if that man is not a lazy bum? What if he’s someone who, for one reason or another, needs to fly a sign on that particular day, in order to raise money quickly for some certain necessity that he lacks? For all we know, he could be raising money for transportation to a distant town where someone has offered him a job. In that event, what would make him a “lazy bum?” 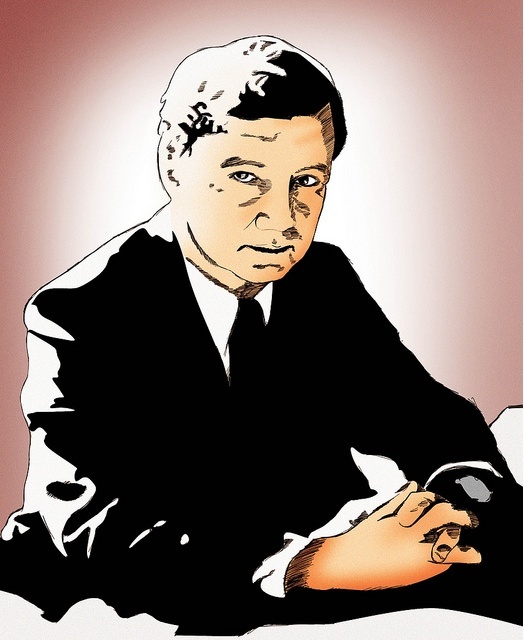 Sociologist Erving Goffman refers to this phenomenon as “social stigma.” He defines social stigma as “the extreme disapproval of (or discontent with) a person or group on socially characteristic grounds that are perceived, and serve to distinguish them, from other members of a society.”

Many people are socially stigmatized in this fashion. A cop might be stigmatized, thought to be brutal or inhumane, only because some cops are inhumane. Naturally, those are the cops who attract the public eye. But we’ve all met good cops, haven’t we? When I was homeless, I encountered cops who treated me more humanely than some of the social workers whose job it was to help me.

Religious people are also often stigmatized. Some people think that just because I identify as a Christian, it means that I must be sexist, anti-gay, and a proselytizing Bible-thumper, ready to cram my theology down their throats. But anyone who actually takes the time to get to know me will readily tell you that I am none of those things.

In my personal experience, I have never been stigmatized more than when I was a homeless person. I was lumped into the same box as virtually every one of my fellow homeless people. And when solutions were offered to end my homelessness, I found that there was an alarming “one size fits all” approach. My personal story, if even listened to, was disregarded completely.

“You’re homeless?” one would say. “Here’s what you do. I’ve got a lead on a live-in drug rehabilitation program.”

Now, there are a number of flaws with that kind of reasoning. First of all, it presupposes that homelessness and drug addiction are synonymous. This is folly. Many homeless people have never used illegal drugs at all. On the other hand, many people who live indoors are severely addicted to all kinds of drugs. They just don’t let anyone see it.

Secondly, suppose a person is a drug addict. Is a “live-in drug rehabilitation program” necessarily the solution for them? There are twelve-step programs, sober living environments, a program at Kaiser called LifeRing, and a program called Rational Recovery. Similarly, if one is homeless, one might be directed toward a board-and-care home, a live-in psychiatric facility, a halfway house, or transitional housing. And those options will work for many people.

I spoke with a formerly homeless woman who enrolled in transitional housing and spent seven months in a group facility, giving them a percentage of her disability check every month. At the end of the seven months, she had enough money to pay the first and last months rent and security deposit on a studio apartment. She seemed quite content with her situation the last time I saw her.

I myself received a call from someone at the Berkeley Food and Housing Administration shortly after I had left Berkeley for another State. It turned out that my name had come up on a list of senior housing options, and they were willing to offer me my own one-bedroom apartment near Lake Merritt. While that might sound wonderful, it would also have kept me in a part of the world where I had developed far more detrimental associations than beneficial ones. Although I was tempted to drop everything and move back to the East Bay for sentimental reasons, I knew deep down that it would be a backward move.

I have had two places of my own since I left Berkeley. The first was reached by googling keywords such as “college town,” “small town,” “affordable rent.” Those and other keywords eventually pointed me toward a place of my liking. But if another homeless person were to start googling keywords, their keywords might not be something along the lines of “big city,” “multicultural,” “low unemployment rate.” One size does not fit all.

Until we, as a society, slow ourselves down enough, and open ourselves up enough, to listen to the plethora of unique stories that homeless people generally tell truthfully, we will not come close to solving the “homeless problem.” In my case, the first person to listen to my story was a retired music teacher. He knew I was truthful because he recognized a fellow music teacher when he saw one. For another person seeking to escape the throes of homelessness, the first person to listen to their story might be a construction worker or a restaurant owner.

So, while transitional housing programs and halfway houses have their place, a true solution to the homeless predicament will never be reached until we recognize that the homeless person is an individual, endowed with rights to life, liberty, and the pursuit of happiness no more and no less than anyone else on the planet. As long as the wall of division that separates a “person” from a “homeless person” still stands, no lasting solution will be attained. But once that wall is broken down, the solution will be plain to see.