Q. What’s been bugging you lately?

A. Remnants and reminders.

A. Not of what — of whom.  Of the last person who lived here with me.

Q. Can’t you just ask her to come get her things?

A. She hasn’t answered a text or call from me for several months.  I have asked her many times.  Once she even came up to get them, but left almost all of it in the house, inexplicably.   And that also was nearly a year ago.

Q. Why did she leave all of that stuff with you?

A. I don’t know.   It may be a hardship for her to get up here and get it.  It might also be that she left it here to “ensure her return.”

Q. Ensure her return?  What do you mean by that?

A. When people inwardly suspect that the day will come when you don’t want them around any longer, they have a tendency to leave some of their belongings with you, so that you can’t say “no” when they want to come back.

Q. Have other people done that with you?

A. Yes.  Usually either very insecure people, or scammers of one kind or another.   But to be frank, it hasn’t happened very often in recent years, because I haven’t had a place to live.  For many years, I was homeless.   So it’s particularly disconcerting that it’s happening now, when I finally do have a place to live.

Q. Isn’t this all a bit inconsiderate of her?

A. It would seem that way, yes.  I doubt she considers the issue.  It doesn’t seem like she gives it a second thought.  I’m pretty sure she assumes that I’m easy about it — if she even ever thinks about it at all.   I don’t think she thinks about what effect it might have on me to feel as though this home of mine that I was so lucky to get after all those years on the streets is her home and not mine.

Q. What do you mean?  How can it be her home and not yours?

A. Because I feel as though I am living in the type of apartment that she would have, all done up the way she would do up an apartment.  It’s not the way I would do up the apartment.  Her personality, her spirit, is all over this place.

Q. Is that a problem?

A. So how can you solve this problem?

Q. By renting a U-Haul for about $50, boxing up all her things, putting the bookcase and the dresser in the U-Haul, and taking it all down to the basement of my church.   We’ll mark it for safekeeping, and it will be safer there than it is in my house.

Q. Why would it be safer in your church basement?

A. Because I occasionally allow homeless people to stay at my house, which is a risk.  One of them ripped me off.

Q. May I ask you something?

A. That depends upon what you mean by love.

Q. Did she hurt you?

A. Yes.  She says she didn’t intend to, and I believe her.  But I wound up getting hurt, and I’d rather not be hurt if I don’t need to be.

Q. Do you think that you hurt her?

A. I can think of some things I have done that probably hurt her.  But I didn’t intend to hurt her either.   This is why I believe her, when she says she didn’t mean to hurt me.   Different people are hurt by different things.

Q. Are you saying that you and she are incompatible?

Q. Are you still hurt by her?

A. Only on a bad day — and only because all these remnants and reminders of her are strewn about my house.  If I get lonely, if I get depressed, I keep having to look at the remains of her spirit.  It can be painful.

A. I have no idea.  I’ve only been in one meaningful relationship.  Come to think of it, however, even the meaningless relationships that I’ve had eventually turned out to be painful.

Q. Do you want to be in a relationship?

A. I don’t know.   I don’t think in terms of relationships.   It’s not in my nature to pursue them.

Q. Do you prefer being alone?

A. That, I don’t know either.  I don’t have much to measure it against, other than the one relationship to which I refer.

Q. What about sex?

A. What about it?  It’s a nice thing to contemplate, but in reality, it’s unwieldy.  Not to mention, I space out.  I don’t focus well.  I focus better on other things. 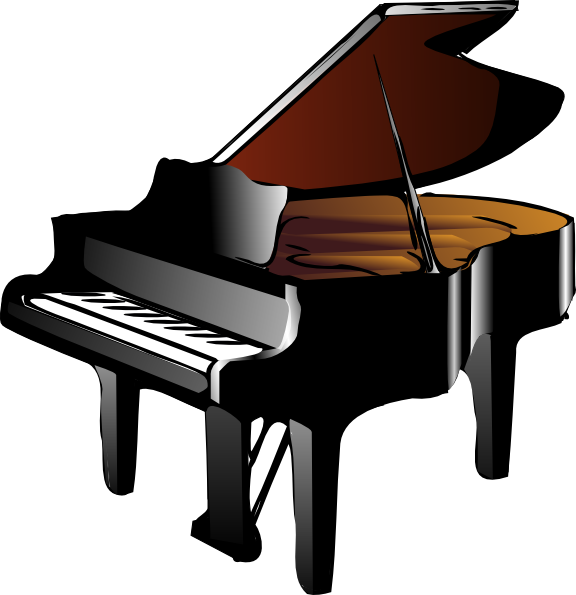 Q. But the piano is only an inanimate instrument, isn’t it?

A. I beg to differ.  The piano responds to me.   The piano reflects me.  I animate the piano with my will.  But making love is different than that.  To animate another person with my will would be nothing but a control issue, a manipulation.  I refuse to do that.  I am not God.

Q. Why am I getting the feeling you need professional help?

A. I’m already getting professional help.   I have a therapist, and I’m also involved in pastoral counseling.

Q. What does the therapist say?

A. He says she probably has Borderline Personality Disorder.

Q. But what does he say about you?

A. He says that I don’t like to address my mental health issues directly because I feel that they make a positive contribution to my Artistic efforts.  He says it’s more important for me to create beautiful Art than it is for me to work on developing a beautiful personality.

A. Well, he’s not the first person to have said it.  It’s gotten me to thinking, but I will say that I honestly try to be respectful of others, and to treat all living beings with kindness and dignity.

Q. What did the pastor say?

Q. What else did he say?

A. That it could very well be that I am not meant to be alone, but that perhaps it is not she with whom I am meant to be..   In other words, the happiness and contentment came from there being a woman in my life.  She just wasn’t the right woman.

Q. But if she wasn’t the right woman, how could she have made you happy?

A. That, sir, is a very good question!

Q. Do you want another woman in your life?

Q. Well then, what can you do to alleviate the depression?

A. For a while, I smoked marijuana.

Q. Why did you stop?

A. Because it’s a drug.   The pain returns when I run out, and is worse than if I never had any to begin with.   Not to mention, I can’t afford it, and I have addictive tendencies around it.

Q. What else can you do, then?

A. Like I said, I can rent a U-Haul next time I’m flushed, or maybe even get a friend with a truck to help me.  Then I can move all her things to the basement of my church, where they will be in safekeeping — like I said.  After that, I can replace all the items with parallel items that reflect my own spirit, and not hers.

Q. But aren’t you an aging hippie?

A. I’m changing into an aging yuppie.

Q. Isn’t that an oxymoron?

A. Next question, please.

Q. Are you separating your spirit from hers?

A. What an awful thought!  I don’t think anyone should separate their spirit from anyone!  That’s like – Anti-Love.  We’re all connected on this planet.  We’re all One.   But my house is my house.  I was on the streets for a long time.  And after all those years, and finally landing a place of my own, I sure don’t want to be living in a house that is not the House of Andy, but the House of —