A. Having a third cup of coffee.

Q. Was there something wrong with the first two cups?

A. No — in fact, there was something right about them.

Q. What was that?

A. They tasted good.

Q. Are you trying to tell me that just because your first two cups of coffee tasted good, you’re drinking a third one?

Q. Well — don’t you think there’s something wrong with you?

A. There are many things wrong with me, as with us all.  But what are you driving at?

Q. Don’t you know that it’s unhealthy to indulge that which you enjoy to unneeded extremes?

A. Uh — a third cup of coffee is an “unneeded extreme?”

Q. Isn’t it well known that two cups of coffee are sufficient for all?   And that a third cup is extreme?

A. But how often do I actually have a third cup?

A. My point is that it would be more extreme to remain at two cups every morning than to allow myself the occasional indulgence of a third cup.

Q. So you justify your indulgence on the basis of its rarity?

A. Yes.  It is so rare that I bother having a third cup of coffee, that I really don’t think I am in danger of overdoing it.

Q. Have you experienced any palpitations of the heart lately?

Q. What about your excrement?  Notice anything strange in your poop?

A. Funny, my doctor asked me the same two questions last week.  And again I say, none.

Q. Why did your doctor ask you those questions?

Q. Why is it begrudging?

A. Because I have to wait a half hour after taking it before I am allowed to have a morning cup of coffee.

A. It has occurred to me more than once that the doctor’s orders are a violation of my 8th Amendment Rights. 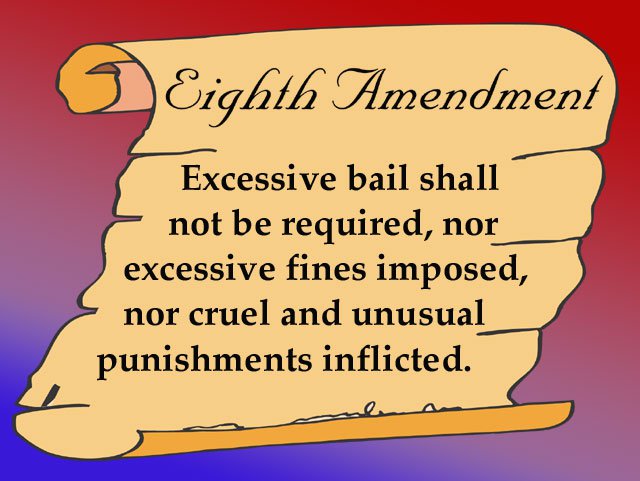 Q. And who else has violated your 8th Amendment Rights?

A. Glad you asked.   Before 2016, when I was experiencing homelessness in the San Francisco Bay Area, lots of people violated my 8th Amendment Rights because they kept waking me up when I had nowhere else to sleep.  Then finally Martin v. Boise came into effect, and Judge Marsha Berson ruled that it is unconstitutional to wake up someone who is sleeping on public property and tell them to move, if in fact they have nowhere else to sleep.  So, at least in the 9th Circuit, including most Western States, I am free to be homeless again and not fear unjust awakening.

Q. Do you want to be homeless again?

A. You want an honest answer?

A. Because I got to be good at it.   Really, the main thing that bothered me was all the awakenings in the middle of the night, when I was only trying to get a good night’s sleep.

Q. But will those awakenings stop just because of a new ruling?

A. Come to think of it, probably not.

A. For one thing, not all of the awakenings were by authority figures.   A lot of them were by other homeless people, and many of them were by random thieves and vandals roaming the area looking for easy marks.   What mark could be easier than a sleeping homeless person?

Q. So you say you got a lot of things stolen from you in the middle of the night?

A. Yes.  Also was threatened to bodily harm quite a bit, when I awakened to the sight of a stranger telling me I had stolen “his spot.”

Q. Would you say homelessness has lost its appeal?

Q. Why did it ever appeal to you in the first place?

A. As earlier stated, it seemed a thing I could probably do well.   After all, I wasn’t managing very well at hanging on to a living situation.

Q. But you’re hanging on to your living situation now, aren’t you?

A. Seems that way, yes.  In a few short days I will have paid my rent on time for the 26th month in a row.   And prior to that, on a smaller cheaper place, fifteen months in a row.

Q. Doesn’t that give you a sense of stability?

Q. Then why on earth would you ever consider being homeless again?

A. Why on earth should I value something like “stability?”

Q. What do you mean?

A. We’re all going to die anyway, right?

A. So there’s no such thing as stability on this planet.  If we get too attached to things that make us feel stable, they will eventually be taken from us, and then we will have a really hard time letting go of them.  Better not to become so attached.  Better to be ready for anything.

A. You heard me.  Especially nowadays.   It is better to live spontaneously, and for one to ready oneself for anything — than to seek the fragile semblances of stability that this passing world has to offer.

Q. You really believe that?

Q, Why do I find that hard to believe?