(1) Slept in till nearly seven in the morning – a good night’s sleep.

(2) Am at the Courtyard Cafe getting the free Pikes Peak coffee.  The brew is especially robust this morning, and I’m on my second cup.

(3) This new Topanga 21-speed mountain bike is great!  It’s wonderful that my friend helped me get it, with lock, pump and helmet too.  Did 7 miles on it the first morning.

(4) After a substantial bout of hibernation, I am up to face the day.  I’m a member of the community here.  As such, I am accepted.

(5) I like this version of Jack Straw that I’m listening to now.  Interesting how Google comes up with great things for me to watch on YouTube.

(6) Just heard from Tracy the editor of Spokane Faith & Values.  She was asking again about my homelessness story pertinent to the city of Spokane, and I again had to ask her if she’d received my story on social media and pleasure-seeking.  She apparently had not, so I was able to resend it.  Hopefully it will be published soon.

(7) A third cup of great-tasting coffee, like Starbucks medium roast.  Very nice, as well as free of charge.

(8) I gave myself a three-day rest from all my usual companions and activities, and am now rested up, and eager to present myself among them once again.

(9) Not wanting to further ride the bike just yet, it feels right to be bundled up and walking briskly through the 36F degree weather.  Thankful for the free time for vigorous exercise.

“Fear not, O land;
be glad and rejoice,
for the LORD has done great things!
Fear not, you beasts of the field,
for the pastures of the wilderness are green;
the tree bears its fruit;
the fig tree and vine give their full yield.

“Be glad, O children of Zion,
and rejoice in the LORD your God,
for he has given the early rain for your vindication;
he has poured down for you abundant rain,
the early and the latter rain, as before.

“The threshing floors shall be full of grain;
the vats shall overflow with wine and oil.
I will restore to you the years
that the swarming locust has eaten,
the hopper, the destroyer, and the cutter,
my great army, which I sent among you.

“And it shall come to pass afterward,
that I will pour out my Spirit on all flesh;
your sons and your daughters shall prophesy,
your young men shall see visions,
and your old men shall dream dreams.

I was recently challenged to improvise on the piano for three minutes without exploding into a fit of passion. I turned on the recorder just as I played my impromptu prelude to last Wednesday’s Taize service, and here’s how it came out:

This is the final post of a seven-part series.   Though it will make more sense if you read all six of the previous posts in the series, I won’t be so demanding as to insist upon it.  My hope is that it will stand on its own, enough to secure your interest.  I don’t differ from many other writers, in this regard.

My knees got hit pretty badly by the pavement on which I had slammed them down.  They would be swollen the next day.  But I did not care.   When I stood up from the prayer I had screamed, something was different.  There was an eerie calm about my spirit that suggested a newfound confidence.   I had never prayed a prayer like that before.

St. Paul wrote: “Be anxious for nothing, but in everything by prayer and supplication, with thanksgiving, let your requests be made known to God; and the peace of God, which surpasses all understanding, will guard your hearts and minds through Christ Jesus.”  — (Philippians 4:8-9)

Nobody is an atheist in a foxhole.  I prayed more prayers in the trenches of homelessness than I had prayed at any more respectably churchgoing phase in m life.  But I had never felt a sense of peace engulf me as it did when I stood up from that prayer.   For the first time in twelve years, I had cast aside the sting of stigma, of all the things that people supposed my homeless experience to entail, and prayed directly that I would be granted a home.

It wasn’t long after that I remembered an old associate of mine.   It crossed my mind that a certain music teacher I’d worked with in the past had offered to get me a one-way ticket to anywhere I thought I could start a new life.   I remember being somewhat perplexed when he added: “I’m not trying to get rid of you, by the way.”  (This obviously planted the thought in my head that he was in fact trying to get rid of me.)

Whatever the case, we met to discuss the matter.  He told me he was no longer teaching, but had received a large retirement.  So he reiterated his offer, suggesting he fly me to Belize.  That was a bit far away for me.

So I told him I would start googling keywords designed to land me in a part of the United States where I thought I would flourish.   I began to google things like “college town,” “small town,” “affordable rent,” and “low crime rate.”  I also threw in demographics tailored to my tastes, for I tend to thrive in the colder temperatures.    It wasn’t too long before the city “Moscow, Idaho” began to surface.

“This is bizarre!” I told myself.   “I was born in Moscow Idaho — but I only lived here for the first year of my life.   I know nothing about this place, except for that my dad was teaching ROTC at some college, and that he was transferred to San Diego or Long Beach shortly after I was born.”

As the city of Moscow began to work its way further up toward the front page, I took my leap of faith.

“Why is it that I have never even pondered this town?  Nor wished to return to it?   One think I’d have been curious.  But I wasn’t — until now.”

On a hunch, I looked on Craigslist for a room.   I saw a studio room with a kitchenette in a converted residence hotel now called the “Friendship Apartments.”  To my astonishment, the room rented for only $275 a month.

I sent pictures to my friend.  “How much do you think this rents for?” I asked.

Shortly later, he was buying me a $200 one-way ticket at the Transbay Terminal in San Francisco.  Forty-eight hours later, on July 27, 2016, exactly ten days after I had prayed that unprecedented prayer, I was sleeping indoors in a place of my choosing.

I have been sleeping indoors, in places of my own choosing, ever since.  Twelve years of degrading, debilitating, demeaning, undignifying, dehumanizing homelessness was ended that simply.   It was as easy as that.

I had only asked for “a lock on a door, a window, and a power outlet.”  But God gave me much more than that.   God answered all the prayers I had asked in frustration why I had to continue to be surrounding by thieves and hookers and pimps and hustlers and drug dealers, and why was I not surrounded by Artists and Writers and Musicians and Actors and Directors and people more like myself.

I walked through the city gate of the town of my birth, the place where (according to my late sister) I had lived for only fifteen months.   This is the gate that I found:

This is why I related earlier that all the prayers I prayed in total outrage and frustration were answered by the God Who Is Love.   If that Love can cut through hatred as thick and vicious as mine, I believe it can cut through all the hatred in the world.

Let’s hope.   There is always danger on this earth.   I have been in danger of many things since I’ve lived indoors — danger of a different nature than one finds when one lives outside.  But there is one place where there is no danger, and one home that is eternal.

“If you make my Word your home, you will indeed be my disciples.  You will learn the truth — and the truth will make you free.”   — Jesus Christ

Q. Had you been disintegrated?

A. Yes.  Flat out discombobulated.

Q. How would you describe this state of discombobulation?

A. It was beyond mere confusion or befuddlement.  I felt as though I were living in two different worlds at once.

A. Perhaps more than two.  But two that I was aware of.

Q. Can you describe those worlds for me?

A. I’ll do my best.  In one world, there was a woman.   A young woman, with whom I have been endeared.

A. No.  More like fatherly.   Someone who has a beautiful spirit, but is uncultured in manner.  I felt drawn to her, not unlike Henry Higgins in Pygmalion by George Bernard Shaw–the play memorialized in the musical My Fair Lady. 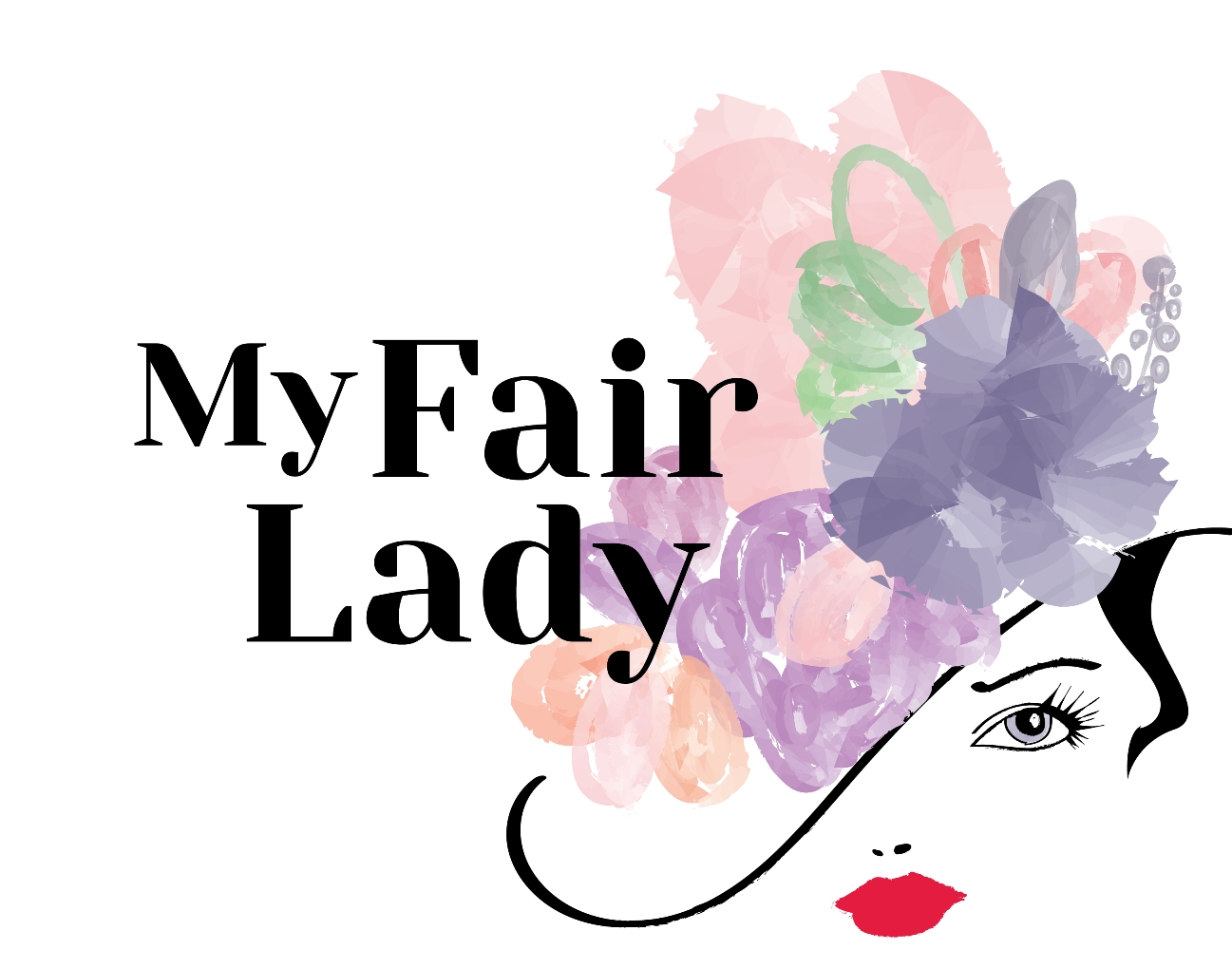 A. Very good!  And she resembled Eliza Doolittle.  I therefore wished to take her into my home, and educate her.

Q. Are you certain that was your only motive?

A. Not at all.  And therein lies the second world.

Q. Can you describe the second world?

A. Full of desires for immediate gratification of base impulses.   No longer concerned with being a father-figure or an educator.   But rather drawn away by —

Q. So how did you deal with this sudden outburst of youthful feeling?

A. I wrote in my diary.  I sent an email to the Associate Pastor.  Then I turned off the phone, so it would more difficult to keep texting her.   And I closed off our series of texts with a courteous goodbye, indicating that I might see her on the next day.

A. Perhaps not.  Something tells me to steer clear of her.

Q. What are you afraid of?

A. Yes.  But that doesn’t mean I might not fall.

Q. What does all this mean?

A. Probably that I’ve been in a certain measure of denial.  I like to think I need my space.  And I am grateful for my solitude.  But that gratitude seems to be restricted to a certain interval between about 3 and 7 in the morning, where I sit here alone, and reflect, and write.   At all other times, I avoid my apartment completely.  I hate to feel that rush of loneliness that comes upon me whenever I walk through the door.

Q. What are you to do about this?

A. Nothing.  What can I do?   I can’t tell myself I will be alone forever.  Nor can I control who is going to cross my path.  I guess I’ll just wait.  And pray.

Q. Isn’t that a bit passive?

A. Would you rather I be aggressive?