Just had my 8th column published in Spokane Faith and Values.  It’s an effort to find commonality between people of faith and those of science, and to urge all my fellow believers to please wear their masks.

Science and Masks: Why Christians Ought to Listen 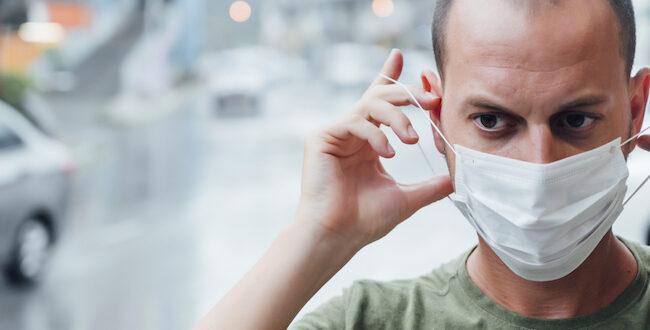 These days more than ever, we find ourselves caught up in talk of an alleged conflict between science and religion. This has been dramatized by the controversy around the issue of wearing a mask. In general, those who wear masks understand and believe the recommendations of the World Health Organization and the Center for Disease Control. These recommendations are based, in a general way, on findings of science.

In general, those who decline to wear masks are skeptical as to these recommendations. Many people don’t trust science, especially if they are influenced by our current administration.  The president and others in his circle continually downplay the benefits of scientific research. Also, many religious people don’t trust science, on the basis that the One whom we’re supposed to be trusting is God.

That this distrust should have come about is only natural. Scripture adjures us not even to trust in “man” or our fellow humans, so complete is our understanding of the Divine as being the only One who is worthy. “Cursed are those who put their trust in mere humans, who rely on human strength and turn their hearts away from the LORD.” – Jeremiah 17:5 NLT.  Ultimately, God is the only One we can completely depend upon and rely on. We should be wary of placing our trust in anything or anyone else, lest we fall prey to idolatry, and make other objects of our devotion more important to us than God.

It is also pretty easy to understand why some scientists may be skeptical of certain religious principles as well as religious people. The principle of faith, so essential to Christian practice, is often presented in such a way as to render it incompatible with reason.  But faith and reason are not mutually exclusive. If faith and reason were mutually exclusive, there would never be a Bible Study. We would never scour the Scriptures in search of wisdom and revelation. For all these matters are gained through reasoning.  “Come, let us reason together,” says the Lord (Isaiah 1:18), Biblical study is not at all an unreasonable pursuit, and it has attracted some of the most intelligent and logical people I’ve known.

But in deference to the skepticism of some scientists, there is also such a thing as “blind faith.” This is the form of “faith” that does not question what it is being told, usually by a human voice that one has come to depend upon for truth.   But no human represents the truth perfectly. In fact, excellent liars are skillful at using the truth to obfuscate their lies. So when a person decides not to wear a mask because they “trust in God, not in science,” it is unconvincing, because the attitude in that facsimile of faith is blinded to any ongoing search for truth.

I once had a job in which my boss had to pick me every morning at a train station and drive me up steep, curvy mountainous roads until we arrived at the job site.  Two things about her driving disturbed me.  First, she drove alarmingly close to the cars in front of us.  Secondly, she never wore a seat belt.

While I of course wore a seat belt, it was small consolation. So I asked her why she had to drive so close to the cars ahead of us.  She told me flat out that because of her faith, we would not get into an accident.

Somehow this was not reassuring.  If she wanted to risk her life in that fashion, that’s one thing. But should I have to die because the person driving me won’t wear a seat belt and won’t stop tailgating? It seems to me that this is analogous to the quandary one finds around the topic of wearing a mask.  I may well never catch the virus, or be harmed by it. But someone a few feet away from me may not be so lucky.  Why should I endanger them by refusing to wear a mask, if it can help them? Similarly, why should my boss have endangered me by refusing to keep a decent distance from the cars in front of us?

It doesn’t seem that to refrain from tailgating is a particularly huge sacrifice to make, when one considers the possibly lethal consequences of tailgating.  Unless one has a medical condition that causes wearing a mask to endanger them, I don’t think that to wear a mask is an unreasonable sacrifice, either. I have found it a mild inconvenience, at worst.

So let’s look at how a scientist will naturally feel when confronted with this disagreeable opinion, having been offered no proof as to why it is believed as firmly as it is, other than the strength of a “faith” that seems subjective and inexplicable at best. If I were a scientist, and somebody told me flat out that to wear a mask was unnecessary — perhaps even ungodly — and that all their scientific research is useless, I would naturally be skeptical, if not insulted.  That person has given me no reason to be persuaded of their position.

If, on the other hand, the person says something along the lines of: “You know what? I cannot prove the existence of God. But many things have happened in my life that are best explained by the agency of some kind of invisible superpower who is concerned with my affairs, and who pretty much lines up with the biblical description of God.  Would you like to hear what some of these events have been?”

I have never received a scornful response from a scientist when I have introduced my testimony in such a fashion. Worst I get in such a scenario is:  “Perhaps some other time.” But scorn or mockery is not generally received by scientists in such a situation.

Why not?  Because the scientific method is essentially a search for truth. I frame my Christian conversion as the result of a search for truth, and I tell people that my search for truth has not stopped there — because Jesus is the Truth — and if I am to claim devotion to Him, then I am to continually seek Him.  Otherwise, I fall prey to complacency, and feel falsely that I have “arrived.”  (1 Cor 10:12, Philippians 3:12).

People may disagree with my characterization of Christ as personifying the truth, but they cannot refute that my Christian experience has come about somehow as the effect of my personal search for truth. Because the scientific method is also a search for truth, it would seem that this commonality is a lot deeper than many of the supposed incompatibilities between religion and science.

At the very least, it’s a starting point. What is sad is when we as believers become so set in our own assessments of current events — often differing not widely from what we hear from our own pastors and from the particular teachers whom we follow — that we blind ourselves to further seeking. We ought all to listen to the well thought-out positions of others, even if — no, especially if — we disagree.

Please donate to Eden in Babylon

4 thoughts on “Faith, Science and Masks”