Nothing Christian About This At All 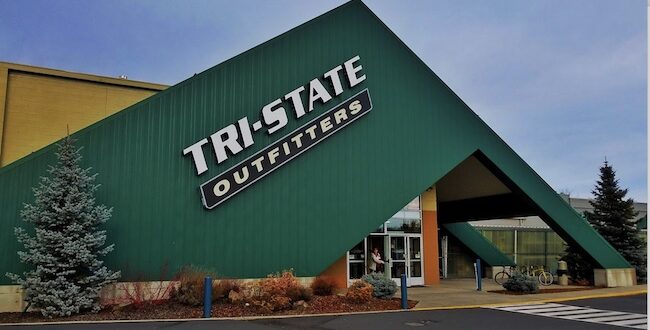 This column was first published on Eden in Babylon on December 11, 2020.

At around eleven o’clock yesterday morning, numerous members of a right-wing group called “De-Mask Moscow” barged into the large TriState Outfitters sporting goods store in Moscow, Idaho, refusing to wear masks in compliance with store policy and the city-wide mandate.   Also included in the barrage were members of ChristChurch, a cultish megachurch here in town that gives a bad name to the Reformed Christian doctrine and I and others endeavor to embrace.

According to Doug Wilson, the pastor of the church, this stunt was carried out in order to “bless the business” that no doubt was “caught between the demands of the city government and the realities of keeping a business open.”

I have a few problems with this.   Apparently, Joe Power, the President of TriState Outfitters, did too.

“We were not asked,” wrote Power, “if we felt we were caught between the demands of the city government and the financial realities of keeping a business open.”

To the contrary, the employee-owned company had decided to put “health before wealth” this year.  “The risk to our employees’ health this year is far more important than putting a few extra dollars in the registers,” said Power.

As the anti-maskers insisted on remaining maskless, TriState responded by closing the store and demanding they leave the premises.  The police were called in case they did not comply.   Mask-wearing customers were allowed to complete their purchases, and a half hour later, once the anti-maskers had dispersed, the store was reopened.  However, doors were kept locked for several hours, and a number of employees stationed at the entrances made sure that no one would enter the premises without a mask.

Apparently, this unfortunate event resulted from a memo that Wilson had sent first to his congregation and later forwarded to De-Mask Moscow.  “If you are out Christmas shopping today (without a mask),” wrote Wilson, “I would like to ask you to hit Tri-State between the hours of 11am and 1pm.”  (Note usage of the word “hit.”  Italics mine.)

Fortunately, the event was aborted shortly after eleven, before who knows how many unmasked citizens would have invaded the store property with a flagrant show of unwillingness to abide by the ordinance that our Mayor had established for the sake of the health of the community.

That this is microcosmic of a greater ill in our society is obvious.  It is not Christian love to flaunt one’s affection for “freedom” in such a way that it infringes upon the free rights of others.   Mask-wearing shoppers obeying store rules were inconvenienced, and the store itself probably lost thousands of dollars in the process.

The Apostle Paul makes it clear throughout his letters that we are to abide the laws of the land except in the event that these laws directly contradict the laws of God.

“Let every person be subject to the ruling authorities, for the powers that be are ordained by God.”  _ Romans 13:1

Now you tell me — does the simple act of wearing a mask violate a law of God?   If so, I would certainly like to see that law.  And if Jesus Christ made the supreme sacrifice of his entire life during hours of grueling torture suffering on a Cross — that we might have everlasting life —  why can some Christians not see that the simple sacrifice of complying with a city ordinance is trivial in comparison?

For Doug Wilson and his congregation to regard the lawfully rendered mask mandate as “demands of the city government” is to ignore the fact that this ordinance is being followed by the vast majority of the Moscow community who do not regard it as a “demand.”

This present day issue dividing maskers from anti-maskers has nothing to do with “left-wing government oppression.”  If you want to see government oppression coming from the Left, look at the likes of Joseph Stalin.  That we in America should feel so inordinately entitled that the simple concession to wear a mask is seen as a restriction of our freedoms is frankly ludicrous.   Moreover, if people believe that we all should be perfectly free, then why are they going about obstructing the freedoms of others?

This is not Christianity.  It is anarchy.  And this act of reactionary pseudo-Christian impudence has nothing to do with Jesus Christ — with His Spirit, His ministry, His teachings, His life, or His love.

Do I need to put a “thus saith the Lord” after this one?  Or is this message not obvious to anyone who truly endeavors to follow Christ?

A. Not sure I was ever on track to begin with.

A. I walked into a building I seldom frequent, and I had a bad experience there.

Q. Why did you go there?

A. Because I had left my glasses there.

Q. Why had you gone there in the first place?

A. Because that’s where a guy was who could fix my iPhone for free. He fixed it, and I left hurriedly because I didn’t feel safe there.

A. Somebody who usually hugs me wanted to hug me, and she seemed not to accept my reasons for not wanting to touch her. It made me uneasy.

Q. What happened when you went back to get your glasses?

A. Another person wanted to hug me. When I explained my reasons, she asked if I was serious.

Q. What did you do then?

A. Realizing I had a mask and gloves on at the time, I gave up and hugged her.

Q. How did that feel?

A. I didn’t act according to principle. I caved in under social pressure.

Q. Does that happen often?

A. Not as often as it used to.

A. I don’t go out as much. I stay inside most of the time, and conduct most relationships on the Internet or on my phone.

A. Not really. I have social anxiety in public social situations. I am very comfortable with Zoom meetings and other forms of Internet interaction. My social anxiety is not aggravated that way.

A. Not at all. I exercise vigorously outdoors, usually once a day. On Tuesdays and Thursdays up to ten of us meet in the sanctuary of a certain church and rehearse a couple musicals I’ve written, while social distancing.

A. Yes. At first there was only one, then they became interested in another one. So we’ve got a lot of music to do, and we find this very rewarding.

Q. Don’t you want to hug each other? Isn’t that what musical theatre people do?

A. We want to, sure. But we don’t. We stand six to ten feet apart from each other, and obey the laws.

A. The laws. The mask mandate, and the governor’s rulings.

Q. But the people in that other building don’t obey the laws?

A. Many of them do. But enough of them don’t that it makes me uneasy.

Q. Have you always obeyed the laws?

Q. Do you always obey the laws nowadays?

Q. Then why hang out with people who have no regard for the law?

A. That’s a very good question.

I think I’ll do it over again. The song, that is.  I’ve been under the weather, hadn’t played for a week actually, was kinda tight. Low key body ache, soar throat, sniffles, low energy. Canceled two rehearsals, one on the morning it was supposed to happen. That’s not like me, and I feel pretty strange about it . . . 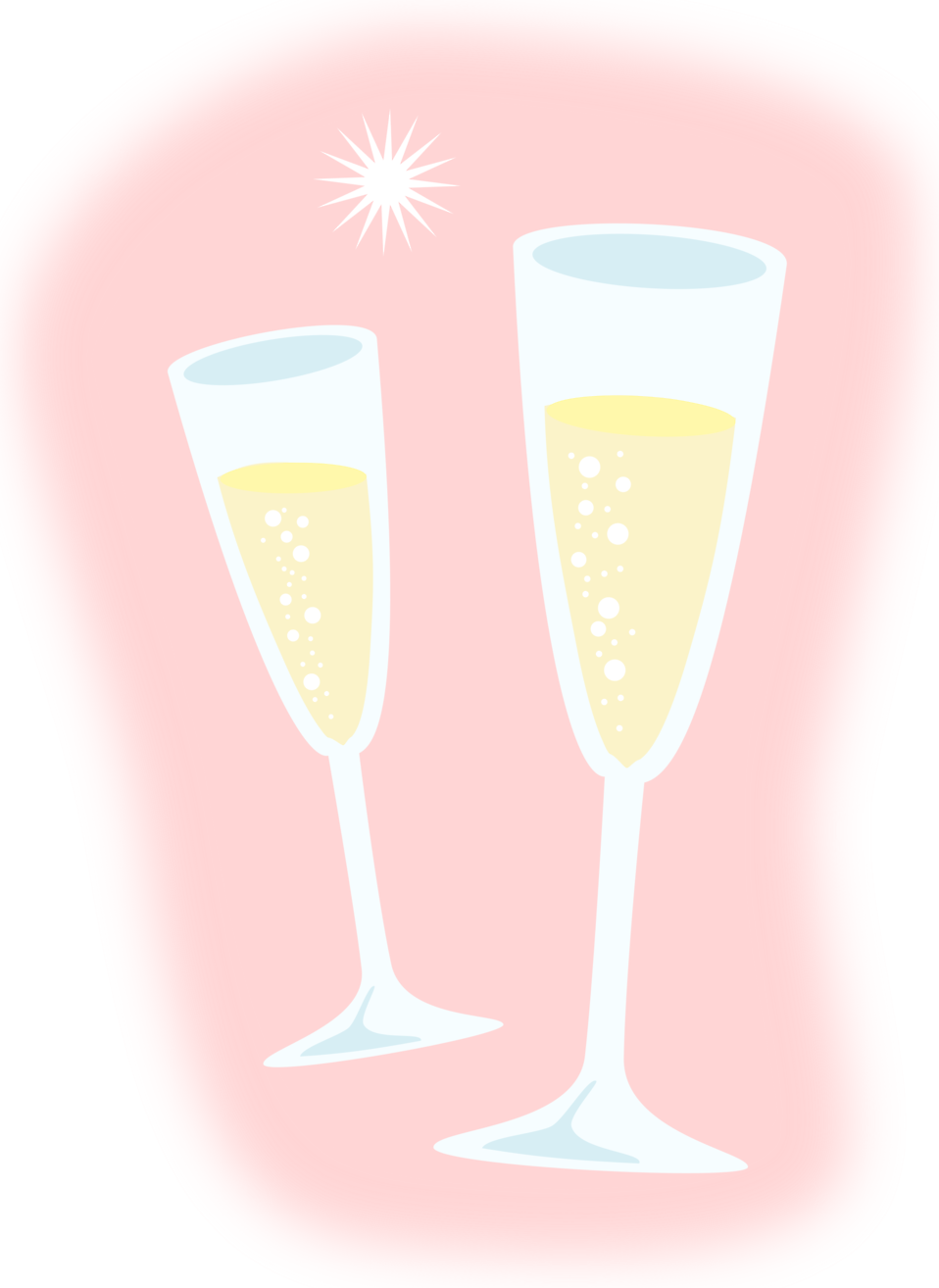 Hm, but you know what? I think it’s time for a regular old flu shot. Just because of Covid doesn’t mean other stuff isn’t going around. Anyway, come back tomorrow or Sunday, for more champagne.

An interview with Zazen Mattosian, who is playing the part of Molly Mortalis in my musical Eden in Babylon.

Here’s a brief (four minute) video clip from last Thursday’s meeting of “Theology on Tap” on Zoom.  Kurt Queller, retired Professor of Linguistics, is a Stanford Ph.D currently teaching German at the University of Idaho. The “alleged scientist” in the clip is Bob Ritter, who teaches at the school of Veterinary Medicine at Washington State University, seen with his wife Sue.  Others present are Garth and Nancy Sasser, Oz and Genny Garton, and artists Chris and Karen Watts.  Chris Watts is a retired Art professor at WSU; and of course, the uneducated boy with the beanie is Yours Truly.

“Theology on Tap” is a low-key theological discussion group created by Walter Hesford, a retired English professor at U.I., and comprised largely of members of Emmanuel Lutheran Church in Moscow, Idaho.   In this excerpt, we discuss the political and philosophical issues around the wearing of masks.  The person referred to by Kurt Queller is the pastor of a local megachurch who encourages his parishioners not to wear them.

My sixth column, concerning how the coronavirus has been impacting homeless populations, has now been published on Spokane Faith and Values, thanks to editor-in-chief Tracy Simmons.   The column includes interviews with a number of people currently experiencing homelessness in very different parts of the country.