When I was 18 years old, during the summer just before I left home for college, I had a very memorable dream. 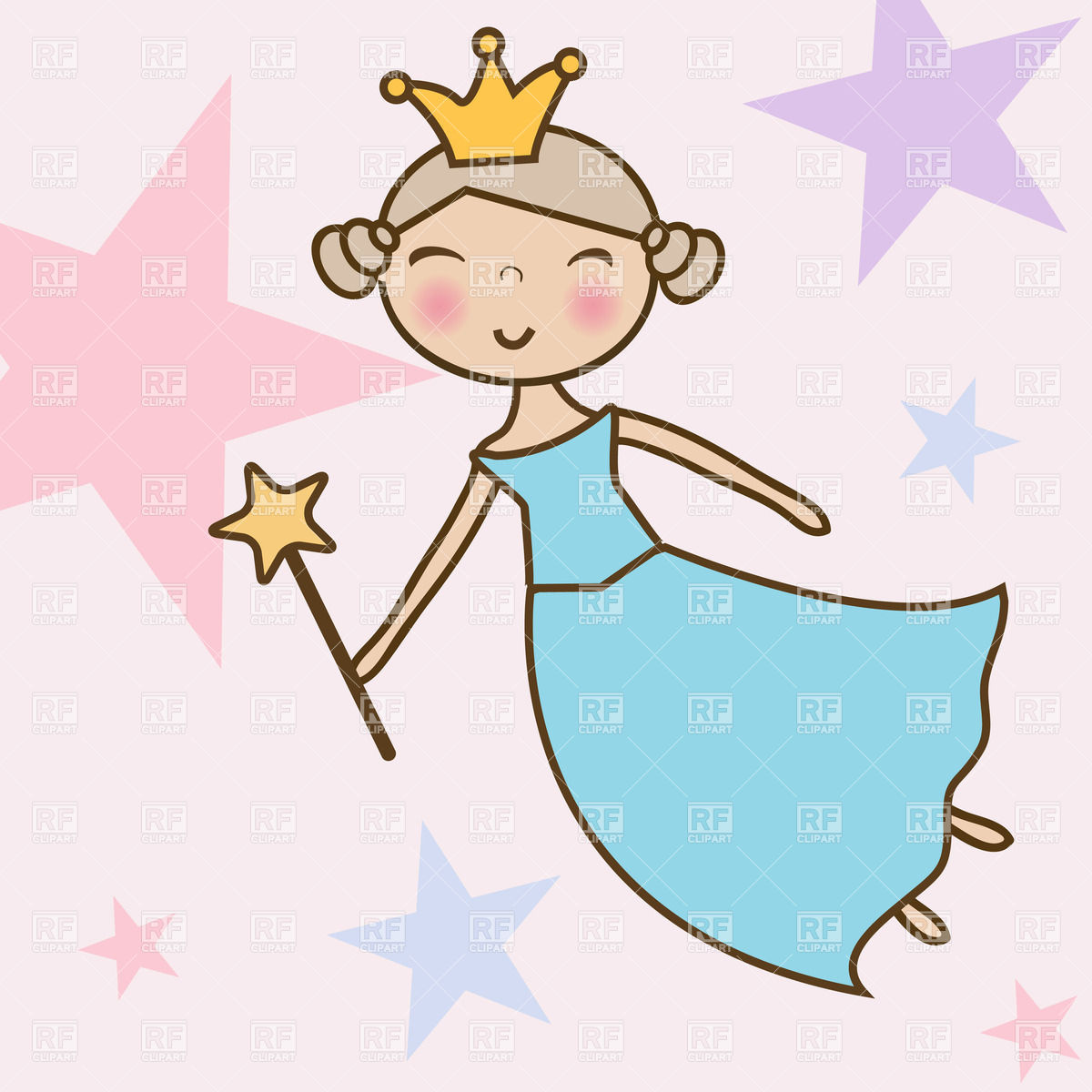 A being like an angel appeared.  But she was more like a fairy, really.   She had a wand, and she waved it.  And she said:

The being in the dream disappeared, and then I awoke.  It was morning.

Every now and then that dream resurfaces in my consciousness.  What do you think it means?

the mountain as presented
seemed not risky, but inviting.
the suggestion, ever tacit,
was that in scaling her peaks,
you might find the way to heaven.

or so your father thought before you,
therefore showing you the marvels of a dream.
yet you saw him often rising,
and then falling to the foot,
each time fearing that this plunge would be his last,
and that those depths might lead to death,
or even hell.

so you were ashamed for your father,
and you denied even the God
he sought in such futility to follow
and you made your way without him
as you reasoned out a life for yourself
and for many fragile men
in whom you found the remains
of his image.

your father called this failure,
and that thought he could not face.
so he found hidden shadows of your figure
in the voices of surrogate daughters,
who became as his princesses
in the world of his successes,
where his image shined with radiance,
his crown fixed firmly on his head,
as they looked to him as to a king,
and they never beheld his shame.

oh echo of his folly,
how awfully he deluded you,
and how hardly could he face
the sheer horror of it all!
at the same time as deceiving you,
he fooled himself as well,
as he dwelt in the illusion
of the girls who had replaced you
and who were what he once had wished for you,
and what you might have once attained.

to those daughters then he turned,
yea, he clung to them like honey,
and he drank his fill of their respect,
and gave them all he had.
yea, he even gave the gift rejected
by the echo of his laughter,
in the person of the daughter
of his long-forsaken past,
while with irony uncanny,
he did write his name forever
on the mounts of the immortal,
where his torment would not linger
but his works would yet remain.

though her pinnacle were worldly,
still he scaled that looming mountain,
wishing boldly you might follow
when you saw him without shame,
when at last you would depart
from all the fools who took your substance
for to find your newfound father
in the reaches of his fame.

and the prize that you rejected
might be luminous in glory,
as the honors are accepted
on the evening of your pride,
that no longer should you follow
in the footsteps of the foolish,
but instead you might rejoin him
for to celebrate his dreams.

and your heart will be unhardened
for the love you will be given
in the day you stand together
on the mountain of his splendor
on the peaks of your decision,
and the gateway to rebirth,
thanking countless newfound sisters
on a mountaintop of gold.

“But when we were on the streets,”
(or so I texted),
“Wasn’t life so much simpler then?”

The answer came quickly, as expected
(but not as desired):
“Yeah, right.”

And thus I thought:
“This will never work —
me and her.”

But on the streets
(I further thought),
Wouldn’t it have been so right?

We’d have hooked up.
I’d have had her back.
I’d have protected her.
I’d have clearly been the one who cared
(unlike the others,
who were only taking advantage of her).

We’d have found spots
to camp out together
where we’d have kissed
(under the stars),
and made false promises to each other,
which we almost both believed.

And then,
one or the other of us
would have gotten a little tired,
or a little freaked out,
and more than a little disillusioned.

And then,
one or the other of us
would have awakened some morning
to empty cement
and cold cardboard
where once the other one
had been there —
for us.

Better to receive a quick text of truth
Than a gradual, well-thought out,
heartfelt lie.

I’m posting this psalm for a reason I would be remiss not to state. My PTSD was triggered shortly before Thanksgiving Dinner, and I spent the entire dinner and evening thereafter processing frightening thoughts related to traumas past. In the morning, I was still troubled. Then I opened my Bible to this Psalm, and found that the Psalmist was troubled in the exact same way that I was. So his words became my words, and I was given new hope.

Give ear to my prayer, O God;
and hide not thyself from my supplication!
Attend to me, and answer me;
I am overcome by my trouble.
I am distraught by the noise of the enemy,
because of the oppression of the wicked.
For they bring trouble upon me,
and in anger they cherish enmity against me.

My heart is in anguish within me,
the terrors of death have fallen upon me.
Fear and trembling come upon me,
and horror overwhelms me.
And I say, “O that I had wings like a dove!
I would fly away and be at rest;
yea, I would wander afar,
I would lodge in the wilderness,
I would haste to find me a shelter
from the raging wind and tempest.”

Destroy their plans, O Lord, confuse their tongues;
for I see violence and strife in the city.
Day and night they go around it
on its walls;
and mischief and trouble are within it,
ruin is in its midst;
oppression and fraud
do not depart from its market place.

It is not an enemy who taunts me—
then I could bear it;
it is not an adversary who deals insolently with me—
then I could hide from him.
But it is you, my equal,
my companion, my familiar friend.
We used to hold sweet converse together;
within God’s house we walked in fellowship.
Let death come upon them;
let them go down to Sheol alive;
let them go away in terror into their graves.

But I call upon God;
and the Lord will save me.
Evening and morning and at noon
I utter my complaint and moan,
and he will hear my voice.
He will deliver my soul in safety
from the battle that I wage,
for many are arrayed against me.
God will give ear, and humble them,
he who is enthroned from of old;
because they keep no law,
and do not fear God.

My companion stretched out his hand against his friends,
he violated his covenant.
His speech was smoother than butter,
yet war was in his heart;
his words were softer than oil,
yet they were drawn swords.

Cast your burden on the Lord,
and he will sustain you;
he will never permit
the righteous to be moved.

But thou, O God, wilt cast them down
into the lowest pit;
men of blood and treachery
shall not live out half their days.
But I will trust in thee.

Have mercy on me, O God,
according to Your loving devotion;
according to Your great compassion,
blot out my transgressions.
Wash me clean of my iniquity
and cleanse me from my sin.
For I know my transgressions,
and my sin is always before me.
Against Thee, against Thee only, have I sinned
and done what is evil in Your sight,
so that You may be proved right when You speak
and blameless when You judge.

Let me hear joy and gladness;
let the bones You have crushed rejoice.
Hide Your face from my sins
and blot out all my iniquities.
Create in me a clean heart, O God,
and renew a right spirit within me.
Cast me not away from Your presence;
take not Your Holy Spirit from me.
Restore to me the joy of Your salvation,
and sustain me with a willing spirit.

Why do you boast of evil, O mighty man?
The loving devotion of God endures all day long.
Your tongue devises destruction
like a sharpened razor.
O worker of deceit.
You love evil more than good,
falsehood more than speaking truth.

You love every word that devours,
O deceitful tongue.
Surely God will bring you down to everlasting ruin;
He will snatch you up and tear you away from your tent;
He will uproot you from the land of the living.

The righteous will see and fear;
they will mock the evildoer, saying,
Look at the man
who did not make God his refuge,
but trusted in the abundance of his wealth
and strengthened himself by destruction.

But I am like an olive tree
flourishing in the house of God;
I trust in the loving devotion of God
forever and ever.
I will praise You forever,
because You have done it.
I will wait on Your name–
for it is good–
in the presence of Your saints.

Even zeal is no good without knowledge,
and he who hurries his footsteps misses the mark.
— Proverbs 19:2