(1) I’m grateful for the gift of writing.  It’s something I really enjoy doing, and people tell me I’m good at it.

(2) This church has been really nice letting me go in and play that great grand piano all the time.

(3) Grateful for the stimulus check because my new laptop will be arriving sometime this week.   This will be the first time I will have purchased a new laptop in about five years.

(4) Thinking about the workshop gives me more gratitude than sorrow.   There was something remarkable about the whole way it happened — how it provided an oasis in the desert of the pandemic.   It didn’t just help me and me alone.  It helped a whole group of people whom otherwise would probably have never come into contact.  It was one of the most exceptional experiences of my entire life.

(5) Though I’m grateful for what computers and devices can do for us, I’m even more grateful for the power of shutting the lid on the laptop.   Sometimes I shut that lid, and my anxiety level drops to almost zero.    Glad to get up and smell the roses.  Grateful for the gift of life.

“For everything there is a season, and a time for every purpose under heaven.”
— Ecclesiastes 3:1

(1) As I heard the rain outside my slightly cracked window last night, I felt a sense of peace, knowing that I have a roof over my head.

(2) Although I’ve not had phone service for a few weeks now, I am finding more and more that I don’t miss the modern day mobile phone device. There are lots of other ways to communicate, and there is great joy in the simplification of life.

(3) Come to think of it, it’s now been almost fifteen years since I’ve driven, and I don’t miss driving a car either. Thankful not to have to deal with car payments, cost of gas and maintenance, road rage, gridlock, and (above all) falling asleep on the road and rear-ending an SUV.

(4) Yesterday afternoon was nice in terms productive meetings with Z. and Kelsey. I’m glad I take the Sabbath on Saturday and glad my church lets me use the building.

(5) Grateful for my two computers and hi-speed Internet. My daughter and I have been chatting every day on Facebook video chat, which is also how I met with Kelsey, who’s important. I’ve also been using Finale 26 to score vocal parts. Many things can be done at home, while sheltering, while raining. Life is full of possibilities, even still.

Starting up the blog again, I’m trying to get a piano piece to you guys and going through the more-than-usual frustrations.   All I can say is, all of these new-fangled devices AKA smartphones are for the birds.   I wish it were 1975, I wish there were a Teac 3340-S and a rotary telephone.  Not to mention an Underwood manual typewriter.   All this modern-day technology can go take a hike.

That ranted, I’ll be with you at some point between now and tomorrow morning, even if I have to re-record my version of Lennon-McCartney’s “For No One.”   Sure turned out good except for the hands are chopped off, and it mysteriously ends about five measures before it really ends.

Maybe I should marry a techo-nerd and take the load off.   In fact, a nerd from Canada would be a good idea.  (A redhead, preferably.) I’m close enough to the border anyway, I hear there’s a nice community of Vietnam draft-dodgers still extant in Nelson, and recent events are givin’ me a hankerin’ to Trump-dodge, if you get my meaning. 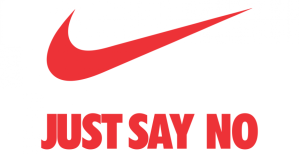 A. In a place of greater fortitude.

Q. And what is fortitude?

A. “Fortitude” implies more of a “just do it” approach.  That is, even if one lacks courage in general.  Just do it anyway, even when scared.  “Saying no” is a good example.  I need “fortitude” (not courage) to say “no.”  That’s what I think the difference is, anyway.

Q. Does this apply to something in your life today?

A. Lots of things.

A. I burn out a lot.  If I don’t feel like doing something, I usually don’t do it.

Q. Then how does it ever get done?

Q. Does that apply to everything?

A. No.  It doesn’t apply to things that I never feel like doing.

Q. And the dishes have piled up?

A. “Piled up” is an understatement.

Q. How did you allow this to happen?

A. Well – it’s a bit on the personal side, but I guess the answer would be: “When have I not allowed it to happen?”  I’m just lousy at washing dishes.  They were clean for a while when there was someone here helping me with that kind of thing.  But that person isn’t here right now.  And anyway, dishes are just an example.

A. Saying “no” in general.  Keeping a couple people from knocking on my door at any hour.  And they don’t just knock.  They ring the bell.  Then they wait, and then ring it five times.  Then they wait, and start pounding on the door.  Then I finally realize it’s never going to end.  So I get up, even from being fast asleep, and explain that I’m sleeping and could they please come back another time.

Q. Where did you meet these guys?

A. At the Recovery Center.

Q. And you gave them your address?

A. Well yeah – we had the one guy over for dinner a couple times, when there was still two of us here.  It didn’t seem a big deal at the time.

Q. Then why does it seem a big deal now?

A. Other than that I’m being woke up in the middle of the night a lot?  That’s not a big deal?

Q. Isn’t there a bigger deal?

A. Well yeah – at the root of it, there is.  The bigger deal is I never just flat out tell these guys that I’d rather they don’t come over at all.

A.  I don’t know.  I feel sorry for the one guy.  He’s been out in the cold a couple times.  Less sorry now, though, because I think he stole from me, and I heard he’s in jail right now.   Didn’t figure him for the “type,” but I noticed something was off last time.  Probably they switched his meds or something.

Q. What about the other guy?

A.  I keep coming up with a use for him.  He’s a computer whiz, and he helped me get the right adapter so I could use my ThinkPad as a desktop now that it’s screen is cracked.

Q. Your laptop screen is cracked?

A. Yeah.  I had to plug it into an external monitor and start working from home.

Q. How did this happen?

A. I have no idea.  All I know is that it happens all too often.   And now I’m tempted to go over to the guy’s place with my old Dell, because I can’t get it to start up.

Q.  But didn’t you start it up this morning?   Didn’t I read that on your gratitude list?

A. What do you mean?  New cell phone gets damaged due to water damage.  Second new cell phone gets cut off because they think I’m supposed to have the number of the old cell phone.  PayPal account gets locked for “suspicious activity” when I try to change my phone number.  Trying to send money from my PayPal somehow takes the money out of my bank account instead of my PayPal balance (Lord knows why) and now my bank account is overdrawn, plus I never succeeded in sending the money.   It’s still just sitting there in my PayPal account.  But when I try to transfer it to my bank I get a message telling me that they’re “not sure it’s me.”  I called them, and apparently when a person changes their phone number, it is regarded as “suspicious activity.”

A. Thanks for asking.  So I wake up yesterday morning to a broken laptop screen.  And finally my back-up computer refuses to start up.  Well fine.  I’ll just work at home even though I’m totally paranoid these Kids are going to start pounding on the door any minute now.

Q. When did your life become so erratic?

I’m kind of a dunce at these modern-day Internet-related matters, so please bear with me.

I was trying to post a piano piece, because today is Friday, and I try to turn these kinds of things in on Friday.  Piano pieces, that is.  (Maybe you’ve noticed that).

This time, I played a twelve minute piano piece that I composed that leads into a singing part – a three-movement “rhapsody” called “The Royal Rhapsody.”

It took nine hours to upload to youtube.  I did it overnight.

I was trying to publish it, but before I could click “publish” somehow the browser window disappeared.

When I reopened the browser, I can’t find the piece.

Did I lose it?  If so, will I have to endure the whole nine hour upload again?

If anyone knows how to help me with this, please comment.