This is more-or-less a sequel to the first post in this series, as our hero begins to discover that Mayfield isn’t all it’s cracked up to be.  Again, please bear in mind that this writing was penned some years ago, when I was still in the frustrating throes of abject homelessness.  As such, it does not reflect my current head-space, so please take my ascerbic tone with a large grain of salt.

Just got swept off my Spot by yet another local city officer, this time a grisly old K-9 cop.  Ironically, this was the first night I had found a decent covering, a thick white quilt. It was at a church where clothing was also deposited. So I got a clean change of clothes, too.

(Of course, curled up in white during the black of night wasn’t the brightest thing a boy could do.  But a cover’s a cover.  Too bad I blew my own.)

Cop seemed uncomfortable. I think he was hoping for a dirt bag. I came across like a decent guy who was down on his luck. Still — he said I had one more night, and then: 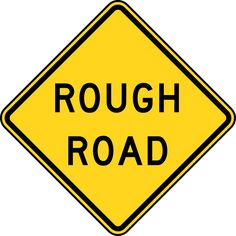 (Always gets to me when they say that.  As if anywhere else I move to, the same damn thing’s not going to happen again.  And as if it solves anybody’s problem just to keep us sleep-deprived and on our toes all the time.   Oh well — the Leave it to Beaver Fantasy was fun while it lasted.   Guess it’s just yer basic Bum Control here, as everywhere.)

So, any of you 378 so-called “friends” of mine on this here Facebook wanna have me over and argue politics on the real?  I mean — can you bask in the presence of a tortured Artist? Money isn’t coming till the 26th, but until then I’ll freely donate my wit, charm, good looks, talent, charisma, and vision for the hope of humanity in a future age of widespread human liberation.  How ’bout it, peeps?   Anybody down for a crash course in Homeless Enlightenment?

Down to brass tacks: on the 28th I get my SS of $960/mo. and if you want to do this on a trial basis, I’ll pay you $460/month. 1-3 months okay – I want to get my bearings anyway. I don’t smoke,. drink, or use drugs. (Done my fair share.) No pets. Tend to  be absent-minded, but I like my space. Composer. No deadlines to meet. I use software and headphones. No loud music.  I’ll be quiet as a mouse.   Anything else you need to know, just ask.  My only critical requirement is that I will not live in the City of Berkeley.   I repeat: NOT!!

(BTW I will not live in Berkeley because my music is too important for it to be targeted by thugs needing devices to barter for crack cocaine. Four were stolen in a year’s span, two violently, not to mention the punk who poured lighter fluid all over my backpack, an burned down all my possessions before my eyes.  No resentments toward anyone, and I love all of the Kids, but I won’t live forever, and my music notation software is my key to success.)

So let me know. I’m serious. I’ll be spamming my own timeline with every piece I’ve ever written, just waiting for the bowels of somebody’s compassion to come bursting open.  Oh, and by the way, I clean bathrooms too.  The moment your guilt makes you erupt like a volcano, you can count on Andy to sweep the shit off your floor.

Also, I’ve so far kept my New Year’s Resolution to post specific things according to a specific theme at specific times on specific days.  In keeping with that concept, I’ll do my best to have a piano piece posted tomorrow.  Don’t expect me to sing, however, as I’m still a bit under the weather.   See ya soon.

I won’t go back.
At all.
I can’t let my not having a gig right now
Propel me back to homelessness
In a God-forsaken land.

I had all my possessions set on fire before my eyes…
I lost the only remaining CD’s of half my work –
A punk ass kid poured lighter fluid all over my backpack –
Set it on fire when I wasn’t looking –
just because he could.
Destroyed a PowerBook, pair of headphones –

I went to the Berkeley Fellowship in the morning –
thinking there would be compassion.
The lady there literally said: “Aw, so what?”
I went to the church council president.
He said: “Well, how did you expect them to react?”
On the other hand, I called my best friend in Georgia –
And she said (of course): “That’s horrible!”
So why couldn’t anyone in Berkeley have sympathized in kind?

The bottom line is:
Moscow will happen if I make it happen.
My nature works against me.
So I have to work against my nature,
to make things work.