(1) Trying to get in shape is actually working this time. I’m not bailing out on my morning runs, I’m doing healthy nice long walks, and I’m up to 18 miles on my bike rides. Up to 20+ push-ups in two sets and losing the pot belly.

(2) Found an editor for my book deal who will work closely both with me and the publisher. Very excited to finally be publishing an anthology of all my writings so far on the subject of homelessness.

(3) One thing I can appreciate about the current heat wave is that it’s decreasing my rather huge appetite, so I’m probably eating half as much as usual. I’m also drinking at least five times as much water. So I feel like the heat wave is helping to flush out my system.

(4) As of our fifth rehearsal for the summer musical workshop, many problems were solved. It’s the first time that I think we all felt that we will actually meet our goal – and then some. The three part female harmonies are become slicker and more “angelic” in places. Most of all, I heard my lengthy four-movement piece “Awake the Dawn” performed from start to finish for the first time since having composed it in 2012. It brought a tear to my eye, because I never thought I would live to see the day.

(5) I provided guest music for a church service yesterday. During the service I felt the Lord’s peace, and He convinced me that I am forgiven. This meant more to me than even having to forgive myself – which in my case is much more difficult. I truly believe that this is not only a new day, but a new season. His blessings are new every morning. Great is His faithfulness.

Cooper Knutson and Keva Shull singing the song “Turns Toward Dawn” from the new musical Eden in Babylon at a rehearsal this past Tuesday afternoon.   I’m on the Baldwin GP-190 concert grand, and we used one “snowball” mike, situated approximately twelve feet away from the piano, with the two of them standing six feet apart on either end.   It’s raw and real — I hope you enjoy it.

In reference to Part One, I sent the post to my brother Steve.   I hadn’t heard from him for quite some time, and it was wonderful to receive this email in the morning:

This is so nice and yes, it happened exactly as you
describe.

I’ve always said there are three phases in my musical
life (which is 99% of my life, or something):

Andy Pope
The Grateful Dead
Everything else.

And you can quote me on that.

What a pleasant surprise to wake up and see my brother’s email!   But he did not say anything about the libretto.  This leads to a personal confession.

I have been terrible about devaluing the songs I wrote when I was younger.  At one point I wrote a song called “Apologies to Peter Pan.”  It was the year 1974, and I was 21 years old.   Well, I thought the music was okay, but I didn’t like the lyrics.   So, later on in life, in the year 2004 in fact, I stole my own song.

I stole the music of “Apologies to Peter Pan” in order to place that music in a show I was writing, while changing all the words and, in fact, the entire meaning of the song.  One person was honest enough to object.   He explained that the lyrics were not better than the lyrics of the original song (which I do remember, by the way, in full.)

That person was right.   But what he does not know, and what no one knew till now, is the reason why I would do these things:  low self esteem.

I simply did not believe, at around 2004 or so, that I was capable of writing a brand new song.  I had been involved in the workaday world, zipping from gig to gig on the San Francisco Bay Area Peninsula –  hustling, teaching, doing my gigs, and not really writing much at all.   I viewed writing as something I did as a Kid.   As an adult, I worked.   I taught.  I played music.   I went to PTA meetings.   I taught Vacation Bible School.  But did I write any music?

So instead, I thought: “Well – when I was younger, I wrote all kinds of music.   I always remember the music, but not always the lyrics.  Why don’t I just take all the old music I wrote, rearrange it, and rewrite the words?

So I stole my own music, in this pathetic and cowardly fashion, until one night, there was a psychic change.

It was the year 2010.  I was renting a hotel room at a reduced rate, in exchange for working the front desk.   I had time on my hands, and I still made visits to my mentor, Stan Beckler.

I had studied Music Theory and Composition with Stan at the U.O.P. Conservatory of Music in the 70’s.  I reconnected with him later in life, and began to pay him visits, during which my orchestrations were analyzed.   He was a wonderful man and a brilliant composer whom I admired very much.  Then in March of 2010, at the age of 86, Stan died.

That night, I couldn’t sleep.   Stan had always wanted me to write a string quartet.  But I never did.  He had also often suggested I remove the drum parts completely.   He appreciated and drew out the classical composer in me.   He’d have rather I had not gotten so heavy into the show tunes.   But he was never discouraging, always warm and wise.  It was hard to get Stan off my mind that night.  But I decided to try.

I opened the file of the piece I was writing.  It seemed that the song, “Child of No Emotion,” might make a better song with different words, to be called: “Cloaks of Art.”  As I began to arrange the music, I decided to begin with a string section.  And I tried not to think about this man whom I had loved, who had always been with me, and who now was gone.

Editing the arrangement, I would often stop and start the music over again.   My perfectionism was at a staggering peak.  I could not get it right, no matter what.  But I kept hammering away, till just before dawn.  And then — something happened.  Something entirely new, unexpected, unprecedented.

As I tried to keep stopping and starting the music, the STOP command ceased to function.  I wanted to stop the music.   But the music would not stop.

It kept playing, even after I repeatedly pressed the STOP key.   So I could no longer mess with it.  I was forced to listen to it all.   I listened to the strings, and then suddenly I realized:

This is the string quartet that Stan always wanted me to write.  And Stan is here right now.   He won’t let me keep messing with the music — because he wants to hear the whole thing!   His spirit is here, approving of me — telling me my work is complete.  I have finally satisfied my mentor.  I have written the String Quartet!

I fell down on my knees.  I thought about how when the prophet Elijah had died, Elisha was sorrowful.  And he asked God to give him a “double portion of Elijah’s spirit.”

I cried out: “Lord, give me a double portion of Stan Beckler’s spirit!”

And I don’t know how to explain it, but never again did I ever feel that I could not write music that was new and fresh.   As for “Cloaks of Art?”   The string quartet is not very long.   Twenty measures or so, before other instruments enter in, and it swells into a more symphonic sound.   But it satisfied Stan, and it marked the beginning of a new life of new music, new words.   I may not be an “entirely different composer.” But the song I sing in my heart today is an entirely different song.

In case anyone’s been wondering where I’ve been, I’ve been working on putting together the full accompaniment score to my musical, beginning with the opening number, “Sirens of Hope.” I posted a portion of it a week or so ago, and here it is, a finished product. The tenor line replicates the solos of Winston Greene, the main character, and the Three Girls who sing back-up are referenced in the siren-like string sounds throughout. Hope you like my work.

I did this one a few months ago, back in the good old days when I could still go to that church and hook up my rig with the tripod, and traverse the keys of that amazing Baldwin grand piano like there was no tomorrow. Sadly those days have been replaced by more difficult days, as we all know.

But anyway I am posting this medley of “Moon River” by Henry Mancini, “Wintertime Love” by Jim Morrison, and the old English version of the hymn “In the Bleak Midwinter.” I call it “Resolve.” It’s a cut on an album called Abandon. If you want a copy of the entire album after hearing this, hit me up and we’ll work something out.

Never did look at this video until tonight. I ripped it to mp3 at the time to stick it on the album, and for a reason that ought to be obvious to anyone who knows me, I only glanced peripherally at the video.

(By the way, if the reason isn’t as obvious I think it is, go ahead and tell me you think it is. If you’re right, maybe I can give you some kind of grand prize on my way to the bank, if and when.) Enjoy, folks.

I dug this up the other day, thought I’d lost it.  It’s “Resolve” from my concept album, Abandon.  Thought it was worth sharing, if for no other reason than you get to see me without my beanie on.   (Believe me, that’s a once-in-a-lifetime appearance.)

My new piano album Abandon is now available on Bandcamp.   The seven movements of the piece are each for sale for $2 or more, and the entire album is on sale for $7 or more. 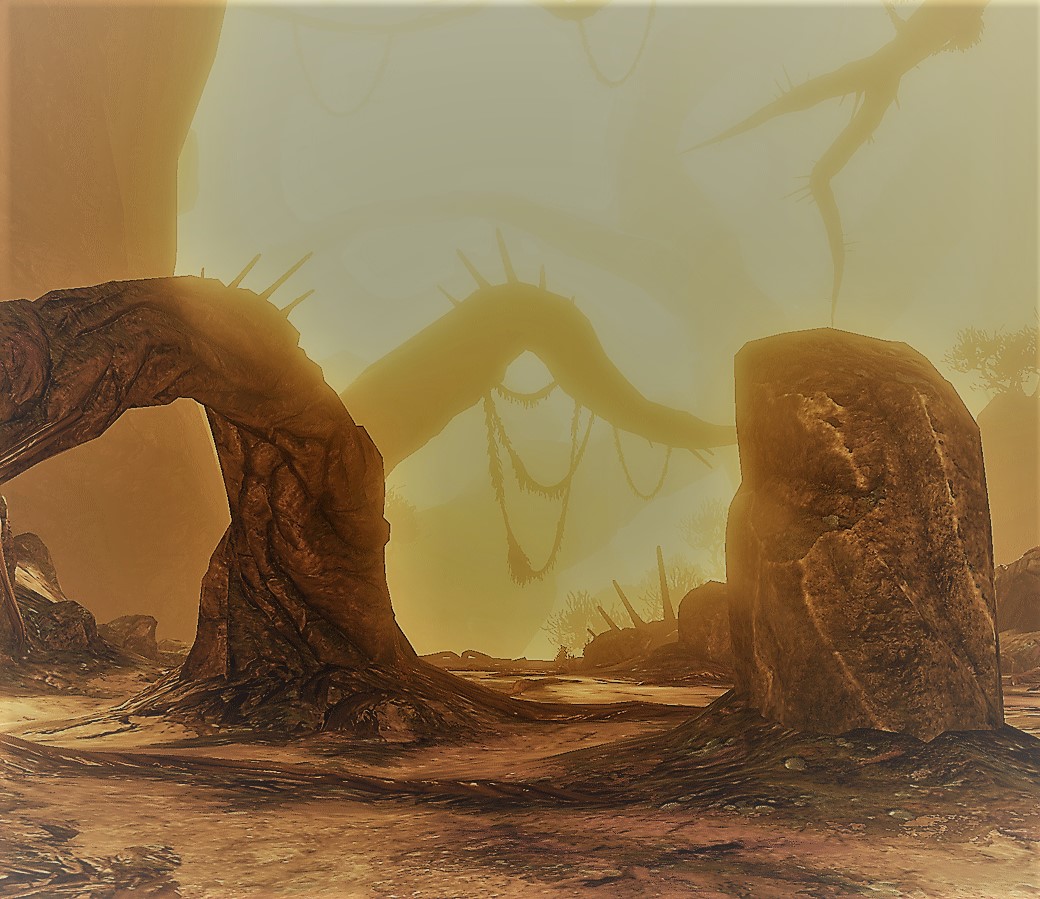 Abandon is a musical collection of feelings. All music is improvised around classical themes and motives. Original music of my youth is referenced throughout.  Also referenced are themes of Edward Elgar, Henry Mancini and Jim Morrison.

Abandon is also available in hard copy CD.  The CD’s are currently being distributed locally for a suggestion donation of $5 to $20.  I will mail CD’s to anyone outside of the local area for a $10 to $25 donation. Donations may be made by PayPal on the DONATE link below each page on this site.  All proceeds will go toward further funding of our concert reading of my musical Eden in Babylon, to be scheduled for a three-night run at the Kenworthy Theatre at a future date TBD.  David Harlan, the Artistic Director of Moscow Art Theatre (Too),  will be directing, as well as providing sound and lighting design.  I will be the rehearsal accompanist and orchestra director.  We are currently seeking a fuller staff, including a competent stage manager (a paid position), and vocal director (also a paid position.)  I urge you to support this worthy cause by purchasing my new piano offering, either online or by hard copy CD.

This is the 5th movement of my recently completed improvisational sonata, Abandon. The concept album consists of approximately forty minutes of completely improvised piano music in a classical and romantic vein.  Original songs of a former day are quoted, amid numerous references to Jim Morrison, Edward Elgar and Henry Mancini. Please message me if you are interested in purchasing a hard copy CD or an online piano album on BandCamp.