A. Philosophical speculation, as usual.

Q. On what themes do you speculate?

A. One in particular.  The idea of worrying about what other people of you.

A. Sometimes.  Not nearly so much as earlier in life. 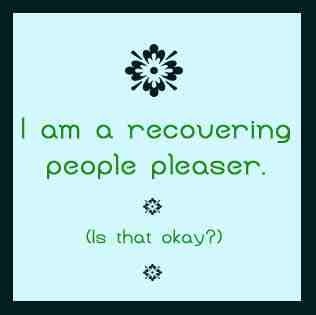 Q. What gave rise to this particular speculation?

A. The other night, someone told me that they were worried about what somebody else thought of them.  I found myself saying something I had never said before.

Q. Did you say, perchance, that “whatever other people think about you is none of your business?”

A. Because I find that cliché to be harsh.  It’s true that what other people of think of you is none of your business.  But it can come across like: “Hey! Mind your own business!”

And then, the recipient of that rebuke might feel like: “Geeze, it wasn’t as though I was dipping into your personal stuff, bro!  All I was doing was worrying what somebody was thinking about me, for crying out loud!”

Q. Isn’t that an pretty sensitive response to an intentionally humorous cliché?

A. I’m a very sensitive person.  Next question, please.

Q. Very well then.  How did you respond to this person’s concerns?

A. I said: “You really shouldn’t worry what she thinks about you.  The only person whose opinion of you matters is God, because God’s the only one whose opinion is perfectly true.”

Q. How did she respond?

Q. What happened next?

A. I thought it was odd that those words came out of me.  I’d never had a thought like that before.   So I called my friend Danielle.  And she added to the thought.

Q. What did Danielle say?

A. She said something very profound.  She said: “It is inbred in the human condition to worry about what somebody is thinking about you.  People who don’t believe in God don’t realize that this is because God has created us to be concerned about what He is thinking of us.   People simply transfer the object of the concern.”

Q. Fascinating!  But don’t people who do believe in God worry about what other people are thinking about them?

A. Sure they do.  But that’s just the other side of the same coin.  None of us except God is perfect.  So we can’t perfectly stop worrying about what all the other imperfect people are thinking about us.

Q. Can you think of anything to add to all this?

A. Not at the moment.  Maybe my readers can.