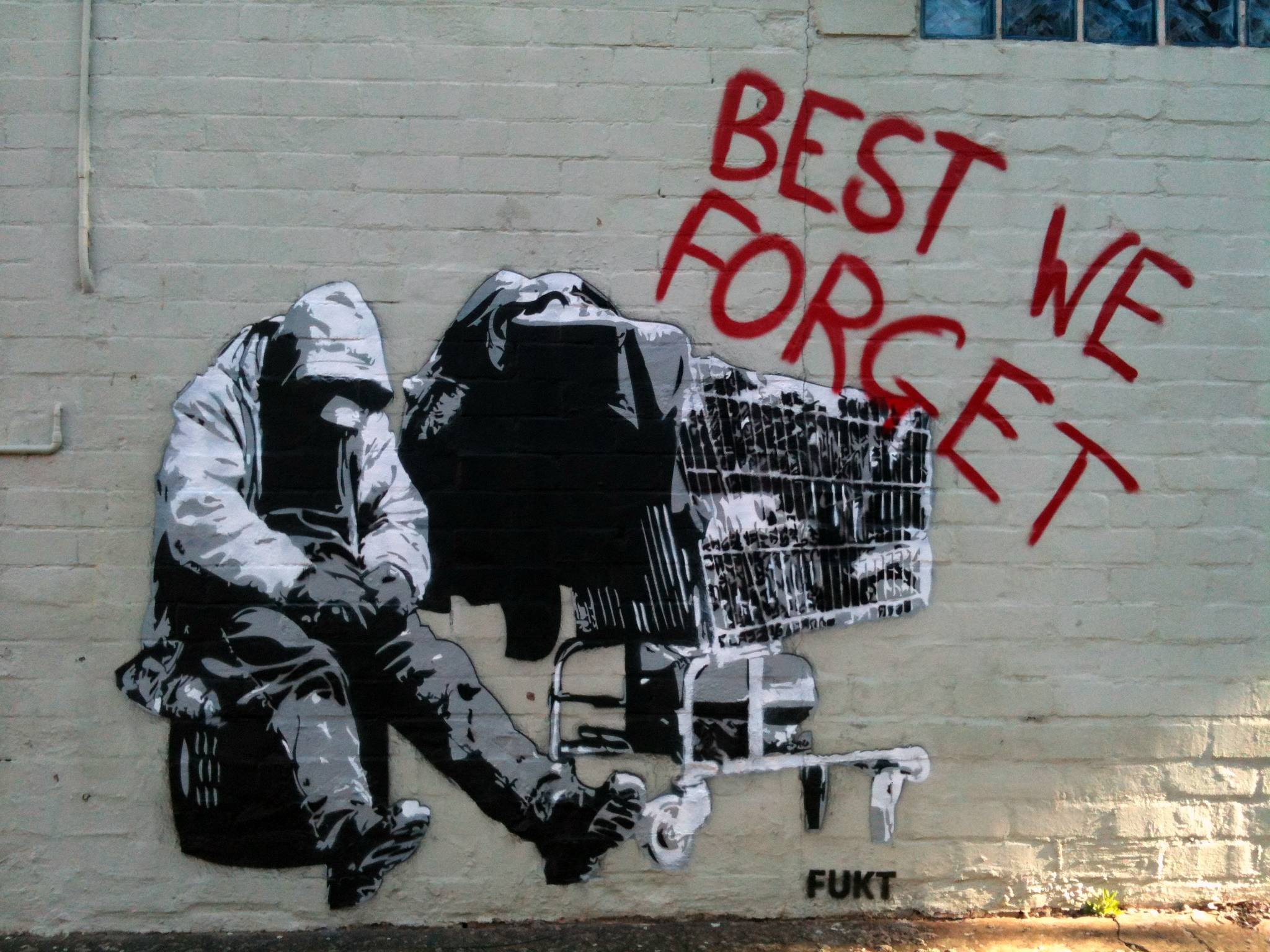 It Can’t Be Forgotten

The first day was the best. I found a spot at the Co-Op with a power outlet that was just perfect. I did the first two hours until I noticed I was beginning to nod. So I went home and took a power nap, then returned to the same Spot to wrap things up. My pastor Norman came in while I was working there, and he gave me a good muse.

So, I was extremely encouraged after the first day. Tuesday consisted of three scattered hours at totally different times, and also turned out to be a day (naturally enough) when nothing else was accomplished. Then yesterday, I worked the three hours pretty much consecutively, although I was seeing stars in the third hour. This is probably due to my having to manage multiple choral parts and solos in the gargantuan Opening Number, entitled Intervention (only a mere fraction of it being reproduced on the foregoing link.) But then, I had enough to time to prepare one of the four speeches on the Homeless Experience I’d planned to prepare.

I worked on that speech for six and a half hours, but it didn’t come out too well. I knew there was something wrong with it when I went to bed late last night, but I couldn’t quite put my finger on it. My friend Danielle listened to it, and said it was “pedantic” and that I sounded like I was “lecturing” and that I had “no real feeling for what I was saying;” that is, up until the very end, when I seemed to pour my whole hugely indignant heart into it. She said she liked the earlier speeches on my Talks page a lot better, because they just sound like “Andy talking for a half hour or so.” (She’s certainly heard Andy talk for a half hour or so, without stopping, many times on the phone in the past.)

Well, I guess I’m just a talkative guy. But I do agree with her perception. I left the speech on the shared link, but I’m going to re-do it once I have the presence of mind. Also, I am committed to getting the three hours of score notating done before I pursue any more pleasant projects. It will be good if I can get myself regularized (fat chance!) and do them concurrently, rather than all over the daily map.

Today, I’ve only done one hour so far, but I’m all set up at the Bagel Shop and about to do the other two. I’ll be done at four, then I’m going to see a show tonight at the Moscow Art Theatre.

So I’m right at the spot at “Intervention” where all the adversarial characters in the Opening sing at once, just before the hook where they are joined by the characters sympathetic to my protagonist. It will be a cacaphonic nightmare if I don’t determine just the right harmonies. But it will be good for me – and let’s get crackin.’