I’m at the cafe near my apartment with three other members of my Writers’ Guild. We meet here every Saturday morning at ten for an “Edit & Write-In” that lasts till one o’clock. Although conceptually this is somewhat akin to the Write City group in which I participated for a while in San Francisco, it actually is a bit looser than that.  At Write City, we would all write non-stop for a prescribed period of time without discussion of any sort.  Total silence wasn’t just a concept — it was a mandate.  But here, we’ll stop and talk with each other sometimes.  In fact, possibly even too often.   For example, it was just recently suggested quite audibly by one of the members here, for example, that I stop talking in order to let him get his work done.  Since that moment, approximately fifteen minutes ago, everyone has been completely silent,  according to concept.  Before that moment, it seemed to me anyway that we were all about talking — though perhaps I was the main culprit.

In any case, I’m here on a mission.  As reported earlier, I decided that I would refrain from looking at my script for two weeks.  Those two weeks being up today, I have been scouring the Eden in Babylon script  to see where obvious edits need to be done, as well as note any major irks.

I am irked by the Big Mac reference in the “I Am Buddha” monologue, which I find odious. I am also irked by the effusive God-talk in the Winston/James confrontation. There’s a major typo on p.84 where I forgot to eliminate the Four Kids and redistribute their lines among the remaining Eight Kids, and (possibly worst of all) there is no front quotation mark to the Rousseau Quote at the beginning of the script, nor does the quote necessarily apply to the currently completed script the way that it might have applied to my vision of it in 2012, when the quote was first associated with it. Maybe there should be another quote, or no quote. Or maybe I should dedicate the play to a certain person – I can think who probably would warrant the dedication by now —  or have no dedication, or no quote –  or some combination of the foregoing.

Whatever the case, I’ll begin making the pertinent changes today and readjust them on the shared link.  However, since I don’t want to water down the “I Am Buddha” monologue, nor the Winston/James confrontation for that matter, I won’t bother to change them if I can’t think of a way to assuage my irk without doing so.  But I can at least promise technical fix-its, insofar as I notice them. Perhaps you will notice others. Anyway, here it is:

Otherwise, I still don’t really feel like putting much energy into further refining or polishing this thing. Even though it’s a first draft, it’s taken me so long to come up with it, considering all the weird obstacles, blocks, etc. that have taken place in the past five years, it just seems sort of ridiculous to plow into further editing right now. Maybe not “ridiculous” – but at least self-defeating on a larger level in life. If I were to dive wholeheartedly into the refiner’s fire with this thing, I’d probably isolate myself so hugely, it would defeat the more primary purpose of getting this show on the road. The more I can involve other people in my efforts, from this day forward, the more chance I stand of gaining not only external support, but external perspective. What is right and wrong with this show will more likely be determined in some future read-through, staged reading, or work-in-progress production, than they will in the solitude of my messy room, where I will sit for hours on end scratching my head.  You get out into the real world, you start to get a director involved, and Actors — and the proof is in the pudding. 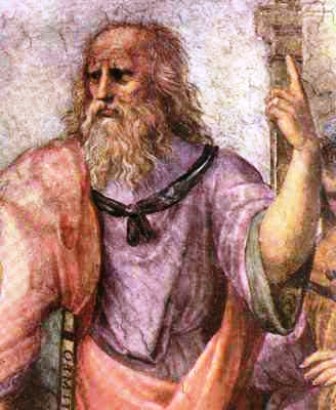 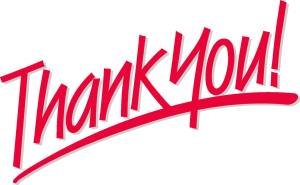 As I mentioned in a previous post, I’ve been feeling the need to find a writer’s support group in order to help motivate me to finish the musical script I’m writing.  A couple people suggested I contact the professor who teaches the undergraduate playwriting class.  He replied very cordially to the email I sent him, but told me that the class was filled up to capacity this semester, and that he also did not think he could help much with the “musical form.”

Although his suggestion that I contact the School of Music was a logical one, I really am not in need of support on the musical level.  The music and lyrics to this show are essentially complete, and I’m pretty happy with the score.   It’s the script that continues to concern me.

I last reported I had made it up to p.53, then reached an impasse.  Since then, I’ve made it up to p.58, which is almost to the end of Scene Four.   I could probably write a couple more pages this morning and wrap up the Scene, more-or-less sloppily.  But at this rate, without a support group to sustain my motivation, I probably won’t finish the script before the Second Coming of Christ.

It occurred to me that there might be a Meet-Up writer’s group in the area.   With very little online research, I located one that happens to meet this very morning at ten.  They call themselves a Guild, and this morning’s meeting will take place exactly one block from my apartment!  So I’ll be there at ten this morning, either with the first four scenes completed, or ready to wrap them up on site.

The facilitator of the group also informed me of another writer’s group that meets at a bookstore also located fairly near my place of residence.  That group includes another playwright who prints out his scenes so that other members of the group can read the different characters.  In addition, there is another meeting of the Guild taking place at a restaurant this Tuesday evening.  While the meeting this morning is “write only,” the Tuesday night group will provide, according to the facilitator, “valuable feedback on plot and story line.”  All three of these resources could prove invaluable.

So – I think I’m on the right track if I can only relax about this thing a little bit.  The process of writing music is much more enjoyable for me.   The process of playwriting is arduous and annoying, but it will be worth it in the end if I will have produced something of value to offer to the world.