Q. And what day is this?

A. It’s the Day of Reckoning.

A. Well – perhaps not in the strictest sense.  That day is in God’s hands, not mine.  But in my own limited realm of self, I essentially have reached the place where something has got to happen, or else I just know  – from knowing myself — that I might implode.

Q. What would “imploding” entail?

A. I don’t know, man.  Some kind of total breakdown.  I’ll think of something.

Q. So you secretly *want* to implode?

A. Of course not!

Q. Then how can you avoid it?

Q. Can you elaborate, please? 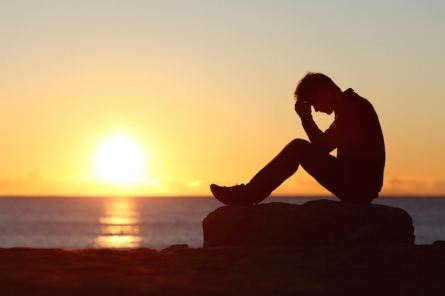 In certain sects of Buddhism, we are taught that frustration and confusion are the natural states operative in the human condition.  I resonate within this framework, to a degree.  I find that they work in concert with each other, within me.  My oft-expressed frustration with my professional and creative challenges seems to be proportional to the confusion I have as to how best to actualize my artistic goals.   Take this musical, for example, Eden in Babylon.

There are basically two ways I could go about this.  One way would be to complete my package, including a vocal score, demo of three songs with instrumentation and vocals, and complete libretto — or musical script — and submit the package to theatre companies interested in producing original musicals.  I have a few companies in mind, several of which include people with whom I’ve worked in the past, people who respect me enough that they will probably prioritize taking a look at my work.    This way of going about it would cost me considerably less money than the second way.

A. I was just getting to that.  It involves coming up with a budget of about $50,000 and self-producing the show.

A. First off, I would find a theatre of sufficient size to accommodate a 27-member cast and small orchestra, as well as (perhaps more importantly) a moderately large audience.  Let’s say, about a 400-seat house.   Included in the budget would be the rental rates for a run of, say, twelve performances — ten evenings, and two matinees.

A. Hire the production staff.  I would need to pay a technical director, a stage manager, an ASM, a musical director, a rehearsal accompanist, perhaps a separate conductor and/or vocal director, a choreographer, a lighting designer, a set designer, a costumer, a props master, and a few other stage hands and gophers.  Oh – and a director.

A. Auditions.  Although there would probably only be a mild stipend available for most of the Actors, the cast quality would be strengthened if we included at least three Equity Actors, hopefully reputable, popular Actors and Actresses.   In fact, I would even call people I know, people with whom I have worked in the past, to check their availability, if need be.

Q. So the Actors you have in mind would need to be available during the period when the theater has been rented?

A. Yes.  During the run.  I might even try to get the run to coincide with the prior availability of somebody whom I want very badly — for example, the main character, Winston Greene.

Q. Any ideas who can do that?

A. The ideas are brewing, but not yet solidified.  We need a dynamic rock tenor capable of coming across like a 23-year old man.  And there are certain other requirements.   Could be a challenge.  But he’s out there somewhere.

Q. What about the other main characters?

A. I have two people in mind for two of the supporting female roles, but nobody specifically lined up for the female lead, Taura.  Both the male and female leads will probably need to be AEA along with the male antagonist: Benzo Diablo.

A. It’s a play on words.  If you’ve ever taken a valium, you probably know what I mean.

Q. Now why would I ever do a thing like that?

A. Not at all.  We need props and set pieces.   I may need to hire a Master Carpenter.   Lights might be provided with the theatre itself, but there will also be technical effects.  It adds up.  I can do it on $50,000 — and do it well.

Q. What will be your own role in the production?

A. As the Author, it stands to reason I should be somewhat detached.   I would want my presence felt, but not in such a way as might interfere.  Moreover, I would like to come see the show, and not to have to be involved with performances. Perhaps I would be the Accompanist, Vocal Director (but not conductor) or even the Artistic Director.  Of the three, Vocal Director is my forte.   But any one of those positions would enable me to actually come and see the show on Opening Night, perhaps even with a date.

A. I am indeed.  But what does the Bible say?

And your young men will see visions, and your old men will dream dreams.
Joel 2:28

A. Well, I sure ain’t gettin’ any younger.  I might be putting a little wear and tear on the old running shoes, but sometimes I feel like the only race I’m running is the race against against Alzheimer’s trying to get this show on the road.

Q. Do I detect a wee bit of impatience?

A. What you are detecting is Awareness of Mortality!

Q. And when you were younger?

Q. But wouldn’t the first way be easier?

A. Not necessarily.   For one thing, it’s proven more difficult to get singers interested in helping me make a demo for a show that no one knows will ever be produced, than it naturally would be for one that had a definite production schedule.  In fact, with definite production dates, after holding auditions, I might not even bother with the demo.  Not to mention, there would be a lot of compromise in taking the less expensive route.  Compromise – and working intensively, sometimes intimately, with others.  Multiple conflicts of interest, and strange bedfellows abounding.

Q. But wouldn’t $50,000 be a considerable chunk of change?  I mean, how likely is it that you, Andy Pope, who has been homeless throughout most of the 21st Century, will actually come up with $50,000?

A. Oh, it’s very likely indeed.  For I have taken this matter to a spiritual level – not only to my pastor and close spiritual confidantes, but all the way to the Top!

A. Is there an echo in here?

Q. But aren’t you being a bit — grandiose?

A. Grand?  Yes.  Grandiose?  Perhaps.   Delusional, however, as in “delusions of grandeur” — no way, buddy boy!  This type of grandeur is written in the Stars.

Q. You seem a shade more — confident than usual.   What about confusion?  What about — frustration?

A. Very good questions indeed.   These truths, my friend, are for me to know – and for you to find out.