Meant to get this to you earlier.  It was first published in the October “special issue” of Street Spirit and subsequently submitted to the International Network of Street Papers, where it has been published elsewhere.   And now, here as well.   Hope you enjoy it.

Paralyzed: The Demons That Prey on the Homeless
by Andy Pope

When one is homeless, one is by definition exposed to all kinds of elements that escape the confines of one who lives indoors.  Weather is only one such element.  There are also predatorial elements — people who invade the space of someone who has no physical barrier to separate them from intruders of the night.

There is also another kind of predator sometimes encountered in the darkness.  This is the supernatural predator, often colloquially referred to as a “demon” — an entity that invades one’s dream states, or states of half-sleep.

Homeless friends of mine reported being “hassled” or “attacked” by malevolent entities that seemed to hover over various outdoor spots where we tried to sleep.  I sometimes sensed these invasions as well.  Typically, I would become paralyzed, and suddenly feel as though an invisible hostile creature was grabbing me and rubbing or scratching me with things that felt like paws or claws.  Sometimes I would feel as though I were being pounded on.  I would hear abusive voices as this happened: “Andy, you scum bag!! You are a total piece of shit!!!!”

Whether these were truly alien invaders from outer space, or merely the subconscious reflection of my own low self-esteem, I cannot say. 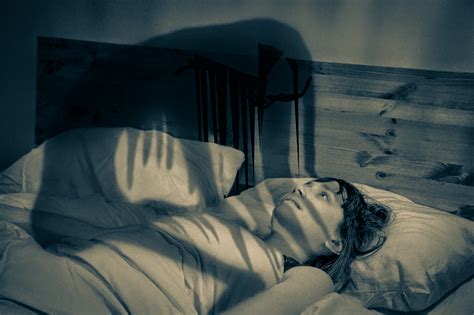 I learned that these attacks have a name: sleep paralysis.  Sleep paralysis is a condition where one is awake to one’s surroundings but lacks motor control.  In other words, you’re not awake enough to move your body, but awake enough to know what’s going on.  It often strikes during times when the usual patterns of sleep have been disrupted.  In my experience, very few things have disrupted my normal sleep patterns as much as the overall conditions of homelessness.

As a person who has had sleep paralysis since the age of 14, I am among the 8 percent of the population for whom this condition is commonplace.  When I was homeless, I noticed that these intrusions would be different depending on when and where they occurred.  For example, intrusions in Ohlone Park were different than those that took place on the steps of St. Joseph the Worker church or outside the Rubicon building.  I always sensed that I was being assaulted by some kind of invisible entity, but the nature of the entity would differ according to where it was that I was trying (unsuccessfully) to sleep.

If I were to take a daytime nap on Bart, however, I noticed that I was free of these mysterious assailants.  However, when the train would stop, sometimes they would attack.  This gave rise to the theory that they lived in a reality that intersected the normal Earth-based reality at certain spots, but that they were unable to traverse the surface of the Earth — at least not at speeds corresponding to those of rapid transit.   This theory is reminiscent of the concept of the “tesseract” expounded in the book A Wrinkle in Time by Madeleine l’Engel.

Another theory had to do with the veracity of these demon-riddled reports.  How plausible were they really?   How credible were those who reported them?   And most of all, who was most likely to believe them?  I could not help but notice that those who were impoverished, homeless, on disability, working poor, or low-wage blue collar or assembly line workers were the quickest to embrace and believe my reports of sleep paralysis.  Often, people in the lower socio-economic brackets would share their own similar experiences of encounters with “demons.”  But people in the scientific community, upper level academicians, white collar workers, and corporate business people seemed often to scoff at our accounts, writing them off the same way that they wrote off all of our statements.  To be sure, this is another type of paralysis — one that is relentless, and occurs in broad daylight.

Whatever the cause or effect of these widespread stories, one thing seemed most disturbingly clear.  There were legions of demons haunting the realm of the disadvantaged, the underprivileged, the unprotected, and the abandoned.  Whether they meet us in dream states or in harsh reality, there are far more homeless demons than meet the eye.

Andy Pope is a freelance writer who lives in the Pacific Northwest, and the author of Eden in Babylon, a musical about youth homelessness in urban America.