Q. Anger? Over what?

A. These two guys who ghosted me.

Q. Friends of yours?

Q. What makes you say they’ve ghosted you?

A. Because they haven’t gotten back to me, no matter what. One of them I’d been buzzing a lot on Twitter, hoping he’d converse back with me. But he kept ignoring me. So I finally blocked him.

Q. You blocked him? And not the other way around?

A. That’s right. I blocked him because I got tired of never hearing back from him, no matter what I said.

Q. Couldn’t you have just stopped buzzing him, but remained friends?

A. You call that “friends?”

Q. Okay, well what about the other guy?

A. Same thing. I even issued a heart-felt apology at one time, and he ignored it completely.

Q. For what did you apologize?

A. For snapping at him when he was telling me how I was supposed to eat, and criticizing my long-distance running, and general over-criticism of my personality.

Q. Why do you hang around people so critical?

Q. Say, uh — how much do you value these friendships?

A. I value them immensely. Why do you ask?

Q. Why do you think?

A. What are you driving at?

Q. I don’t understand — WHY do you value these friendships?

A. I don’t know. Friends are hard to come by, I guess. I figure if I’ve managed to stick it out with somebody for forty or fifty years, then it’s valuable.

Q. You’ve been friends with these guys for that long?

Q. Well then, why not just call them up? Ask them what’s happening? Ask them why you haven’t heard from them? I mean, why not?

A. I don’t know. Maybe I lack the courage.

A. Further criticism. And I guess, to be honest with you, I’ve taken to criticizing them back recently. I didn’t used to ever do that.

A. Low self-esteem. I just assumed that their criticisms were true, because they were somehow better than me, for some reason.

Q. So you’re not going to bother calling them? Even to say hello?

A. Why bother? They’ll just let it roll over into the voicemail.  They don’t want to run the risk of my criticizing them.  Why should they?   They’re the ones who are supposed to be criticizing me. 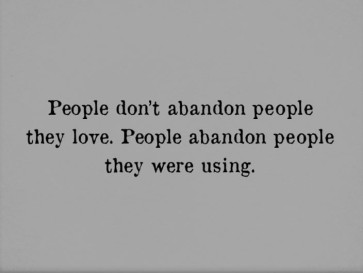 Q. So you think they were only using you?

A. If they’ve truly abandoned me, then yes, they probably were.  And anyway, there’s no sense beating a dead horse. If somebody repeatedly refuses to return your messages, even well wishes and apologies, doesn’t it stand to reason that they might not want to talk with you?

A. Discretion is the better part of valor.

A. Fools rush in where angels fear to tread.

Q. Are you trying to tell me you’re letting go?